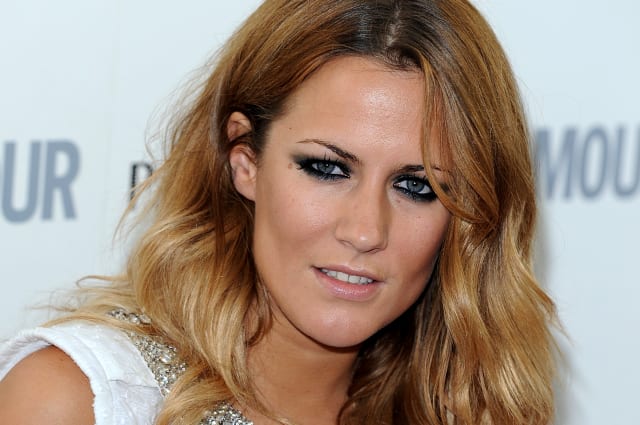 The Crown Prosecution Service has outlined how it reaches decisions over whether or not to charge someone with a criminal offence.

The explanation came just hours after Caroline Flack's management company criticised the CPS for pursuing a "show trial" regarding her assault charge despite her boyfriend saying he did not support it.

Flack, 40, stepped down from presenting the current Love Island show after she was alleged to have assaulted Lewis Burton 27, at her then flat in Islington, north London, in December.

She entered a not guilty plea to the charge at Highbury Corner Magistrates' Court and was released on bail, with conditions that stopped her having any contact with Burton ahead of a trial in March.

Francis Ridley, of Money Talent Management, said on Saturday night: "The Crown Prosecution Service pursued this when they knew not only how very vulnerable Caroline was but also that the alleged victim did not support the prosecution and had disputed the CPS version of events.

"The CPS should look at themselves today and how they pursued a show trial that was not only without merit but not in the public interest. And ultimately resulted in significant distress to Caroline."

In response, the CPS said its "deepest sympathies go to the family and friends" of Flack, but did not comment further.

However, on Sunday, the CPS said it had been asked questions about "the role of the CPS in deciding whether to charge an individual with a criminal offence", adding: "The following information explains our role and approach. It is not a comment on any individual case."

The CPS said: "We do not decide whether a person is guilty of a criminal offence – that is for the jury, judge or magistrate – but we must make the key decision of whether a case should be put before a court."

It said every charging decision is based on the same two-stage test in the Code for Crown Prosecutors:

– Does the evidence provide a realistic prospect of conviction? That means, having heard the evidence, is a court more likely than not to find the defendant guilty? And;

– Is it in the public interest to prosecute? That means asking questions including how serious the offence is, the harm caused to the victim, the impact on communities and whether prosecution is a proportionate response.

The information they posted a link to included: "Guidance for prosecutors when considering domestic abuse allegations gives specific advice on how to proceed when a complainant does not want to support a prosecution, which can often be a feature of these difficult cases.

"It provides guidance on the information required to understand why a complainant may withdraw support and the different options that should be considered, including proceeding without the complainant's support if other evidence is available.

"It sets out a number of factors which may be helpful when considering the public interest in whether to charge in these circumstances."

In a section of the CPS website with the heading "Retractions and withdrawals by complainants", it says: "It is possible that a complainant may ask the police not to proceed any further with a prosecution case and say they no longer wish to give evidence.

"There may be a number of reasons why a complainant will withdraw their support from a prosecution, or retract their allegation, but this does not mean that the case will be automatically stopped."

The website lists possible reasons why a complainant may no longer support a case.

The CPS say reasons such as these should be considered as a means to assist prosecutors in understanding how they will need to consider the next steps to be taken.