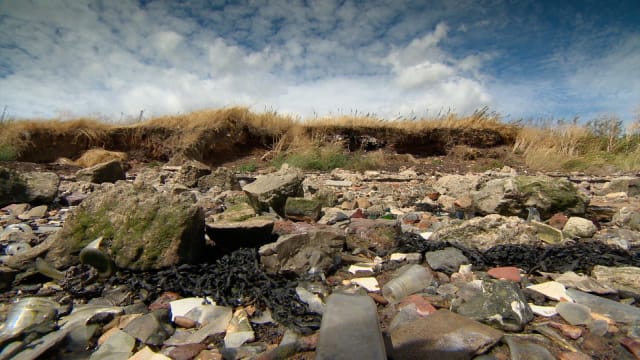 More than 1,200 coastal landfill sites are in danger of spilling their contents into the sea – leading to a pollution time bomb around the UK coastline.

“One of the biggest risks of doing nothing at these sites is that the defences will fail and you’ll potentially have former landfill either eroding out onto the foreshore or leaching into the water. Alongside that there’s a potential impact on human health depending on what’s in the sites,” he said.

He told BBC Inside Out South West that in a few locations, such as in Essex, erosion is already eating away at the sides of landfill sites, exposing decades-worth of human detritus.

This could lead to dangerous pollutants, along with plastics such as microbeads and microfibers, leaking into the marine environment.

Research released last year by Queen Mary University of London found that the contents of the sites constituted a “significant contamination risk”.

The Government is currently reviewing coastal and flooding erosion policy. One of the things it is looking at is what to do with defunct landfill sites.

“We’re on a journey in terms of raising the profile of the issue but what we don’t have at the moment is a funding mechanism that directly deals with coastal contamination from former landfill sites,” said Mr Stratton, from the Eastern Solent Coastal Partnership.

“The current funding mechanism is focused towards the protection of homes from flooding and erosion so where you have these coastal sites with very limited development behind them it’s very difficult to justify the funding.

“We’ve been lobbying for change for a number of years to try and broaden out what the funding can be used for.”

– BBC Inside Out South West will air at 7.30pm on Monday. It will be available afterwards on iPlayer.