Bertie Ahern: No Irish government in place before end of March 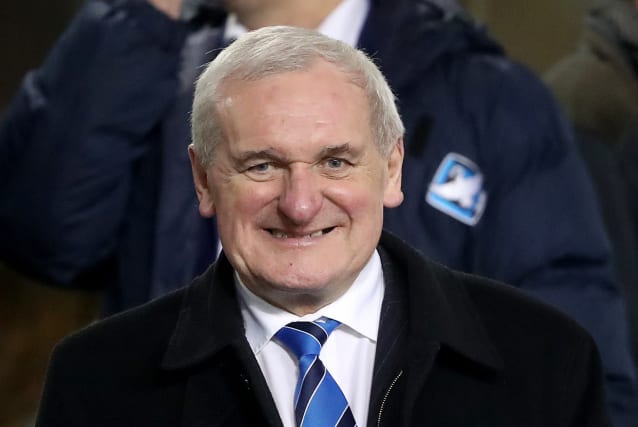 Former Taoiseach Bertie Ahern has predicted a new Irish government will not be formed before the end of March.

He said work on creating a “stable and sustainable” coalition had not yet properly begun.

A Sinn Fein surge during last weekend’s General Election on a manifesto promising change in housing and health saw it become the third major party in the Republic.

The first meeting of the Dail parliament on Thursday is unlikely to elect a new government.

Mr Ahern told RTE’s The Week in Politics: “When you are putting a Government together we have to look to the future as well.

“It is not just about sorting out the present position.

He said negotiators and party strategists needed to focus on housing, homelessness and health.

“Otherwise they will lock themselves into a major problem.”

Its total of 37 seats is one fewer than that of Fianna Fail.

No single party has enough seats to govern and Sinn Fein appears to have failed to muster enough support from a coalition of small left-leaning parties and independent members of the new Irish Parliament.

Fianna Fail has ruled out entering a coalition with Sinn Fein because of historic links to the IRA and wide policy differences over issues like how to run the economy.

It is reportedly veering towards discussions with Fine Gael aimed at forming a grand coalition of two parties from opposite ends of Ireland’s Civil War divide a century ago.

The pair have dominated power since the state’s formation.

On Saturday, Sinn Fein president Mary-Lou McDonald blasted “arrogant” political rivals for denying her party a place in the next Irish government.