Body found in search for man in sea off Kent coast 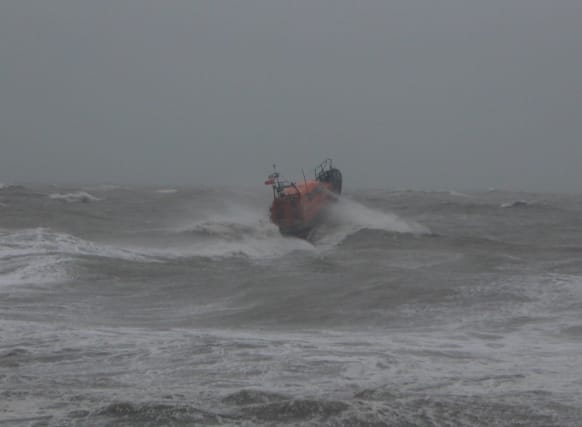 A body has been found after an extensive search operation off the coast of Kent.

Lifeboats and the coastguard helicopter had been scouring the sea near Margate Harbour after reports of a man overboard, HM Coastguard said.

HMS Westminster was also believed to have responded to a relay call, and is in the area, according to ship-tracking data.

The search operation came as communities across the UK braced themselves for the arrival of Storm Dennis on Sunday, just one week after Storm Ciara battered the nation.

A distress call was received by the coastguard at 5.41am and an extensive search of the area began.

A coastguard spokesman said: "At around 1pm, after many hours of searching, a body was sadly found in the water by the RNLI Margate lifeboat and has been brought to shore."

The distress call is believed to have come from B Gas Margrethe, a 99-metre Maltese tanker that had been anchored off the coast of Margate.