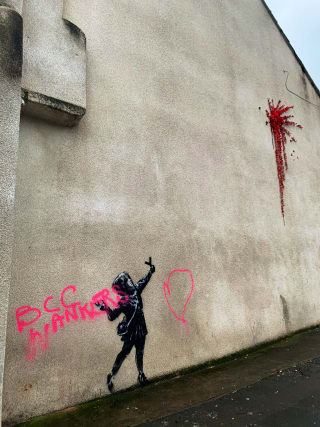 A piece of street art in Bristol that was this week confirmed as a Banksy has been vandalised.

A picture shared on social media showed “BCC WANKERS” scrawled across the artwork, which shows a young girl firing a slingshot.

The elusive artist confirmed he was behind the piece by posting two images of it on his official Instagram account and website in the early hours of Valentine’s Day.

Kelly Woodruff, the daughter of Edwin Simons, who owns the rented home on which the artwork appeared, had expressed concern at the potential for Storm Dennis to damage it.

One local resident who spotted the vandalism told the PA news agency: “It’s a real shame, but it was always going to happen, unfortunately.”