Storm Dennis flood risk could be worse than Ciara 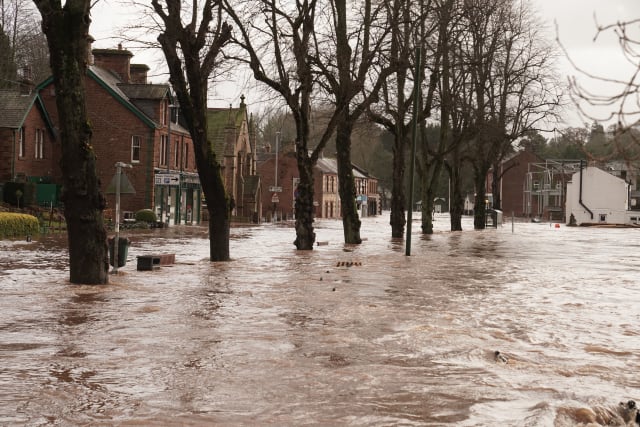 A “perfect storm” of heavy rain, strong winds and melting snow could leave hundreds of homes across the UK flooded this weekend, experts have warned.

Storm Dennis is forecast to batter large swathes of the country with 70mph winds and up to 140mm (5.5in) of rain in some areas.

The Environment Agency (EA) said the flood impact from the weather system is likely to be worse than last weekend’s Storm Ciara due to rain falling on already saturated ground.

The Met Office has issued severe weather warnings covering most of the UK this weekend.

These include amber warnings stating that flooding could cause a danger to life, power cuts are expected and there is a good chance transport links will be impacted.

Paul Davies, principal meteorologist at the Met Office, said the “main areas of concern” on Saturday are north and south-west England and Wales, with the South East set to suffer the most on Sunday.

Storm Ciara, which hit the UK last weekend, left 800 properties flooded in England alone, according to the EA.

John Curtin, the agency’s executive director of flood and coastal risk management, said Cumbria, Lancashire and Yorkshire were the areas he was most “concerned” about.

“This (storm) could be a step up from what we have seen before,” Mr Curtin said.

“We had a big storm last weekend, (we now have) saturated catchments, snowmelt and rainfall, so it is a perfect storm.”

Flood defences will be in operation, and additional temporary flood barriers were installed in Shropshire and Lancashire on Friday ahead of the anticipated deluge.

Network Rail advised passengers to expect disruption on many routes due to flooding and to allow more time for their journeys.

Tracks could be flooded as the ground near parts of the railway is already saturated, particularly in the North West.

Network Rail’s network services director Nick King said: “As we saw last week, stormy weather brings high winds that can lead to trees and other debris falling on to the railway, and floods that prevent us from running trains on parts of the network.

“That is why we are again asking passengers to check their journeys before they travel this weekend, either with their train operator directly or through National Rail Enquiries.

“Our teams of engineers will again be out working at all hours and in all weathers to remove fallen trees and debris from the railway, repair damaged infrastructure and work to reopen lines affected by flooding.”

Households living near rail lines are being urged to secure any loose items in their gardens, after several trampolines were blown on to tracks and overhead electric wires last weekend, blocking lines.

The storm is also likely to cause treacherous driving conditions.

RAC patrol of the year Ben Aldous said: “After so much wind and rain last weekend, drivers will again have to contend with some pretty dreadful conditions on the road with the arrival of Storm Dennis.

“With transport disruption likely, drivers should expect their journeys to take longer than usual and should stay up to date with the latest traffic and travel information, as the conditions could change quickly.

“It’s essential motorists never attempt to drive through deep floodwater. Those that do are not just risking damage to their vehicles but risking their lives and those of their passengers.”