Scottish Tories will be the alternative to SNP ‘failure’, insists new leader 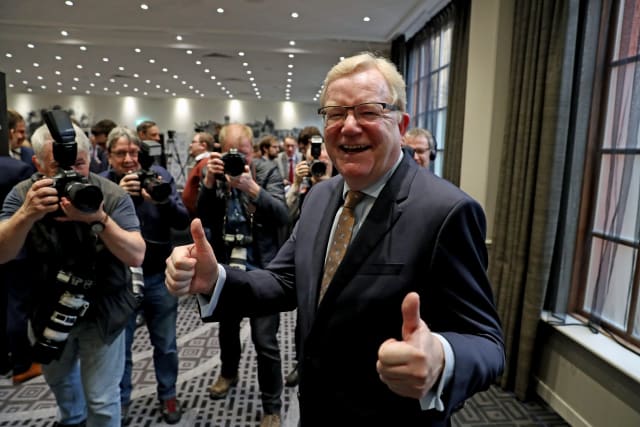 The Scottish Conservatives will be a clear alternative to Nicola Sturgeon and her “morally and politically bankrupt” Scottish Government, new leader Jackson Carlaw has vowed.

He said he is determined the Tories will oust the SNP from power in the 2021 Scottish Parliament election, insisting the nationalists are “failing” Scotland after 13 years in office.

After being elected as the new Tory leader in Scotland, Mr Carlaw said the SNP are “there to be replaced and I am determined Scottish Conservatives will do that”.

He won the backing of 4,917 Tory party members in Scotland in the leadership contest – comfortably ahead of social security spokeswoman Michelle Ballantyne’s 1,581 votes.

Mr Jackson insisted he has a clear mandate from the party to “make the changes required to lead us into the election next year”.

Mr Jackson will start making appointments to his top team immediately – and is also scheduled to speak to Prime Minister Boris Johnson, the UK Conservative Party leader, on Friday afternoon.

He said he will push ahead with a review of party policies – which could see the Tories U-turn on their opposition to free higher education in Scotland as well as considering their position on the two-child cap brought in by the Conservatives at Westminster on some welfare payments.

After the policy review, Mr Jackson said he will then ask “the people of Scotland to elect a Scottish Conservative government as the largest party at Holyrood in 2021.

He added: “In those circumstances I would hope to be the first minister delivering on that alternative programme.

“So I have a clear mandate from the party in Scotland now to make the changes required to lead us into the election next year.”