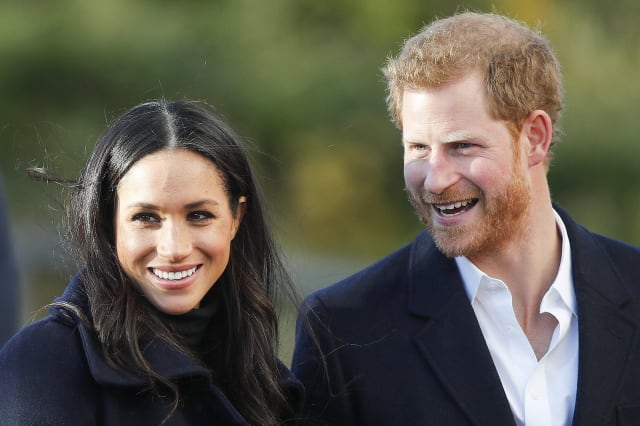 As Meghan Markle and Prince Harry prepare to leave behind their royal duties, the two are closing up shop in Britain.

Meghan and Harry are closing down their Buckingham Palace office, which means layoffs for the employees who were part of their staff. A Royal source tells ET that the staff have been given their notices.

A few beloved, selected staff, who have been with the Palace for years, were given the option of continuing employment, according to the source. They would be absorbed into other roles with the royal household if they choose to stay on.

Additionally, Meghan and Harry may retain one to two staff members.

The staff was notified several weeks ago about the development -- shortly after they made their high-profile announcement that they'd be stepping back from their responsibilities and privileges as senior members of the royal family -- and many of them were "shocked", the source says, "particularly after their hard work, discretion and intense loyalty."

The source says this could be a "practical" move for the couple since they have stepped back from senior royal duties.

Since their royal exit, the couple has been spending time with their almost-10-month-old son, Archie, in North Saanich, Canada, a small, secluded community that does typically attract celebrities.

Last week, a source told ET that the Canadian community where they are temporarily residing has banded together to protect their privacy, even refusing requests for details about the couple.

However, the pair will be heading back across the pond to join the rest of the royal family for the Commonwealth Service for Commonwealth Day at Westminster Abbey in London next month.

The service is set to take place on March 9, and The Sunday Times reports that the couple will be joined by their son, Archie, for the trip. A source tells ET that Meghan and Harry will also be doing a final round of royal engagements in the UK before settling in North America.

However, Meghan and Harry have been making the most of their time away from the confines of royal duties. On Tuesday, they paid a visit to Stanford University in Palo Alto, California, according to Today.

The pair reportedly attended a brainstorming session with professors at the university as part of their work developing a new charitable organisation that will be the focus of their future philanthropic efforts.

The duo also made a high-profile visit to Miami, Florida, earlier this month, where they ran into Jennifer Lopez and Alex Rodriguez while attending a J.P. Morgan summit event, which Harry spoke at.