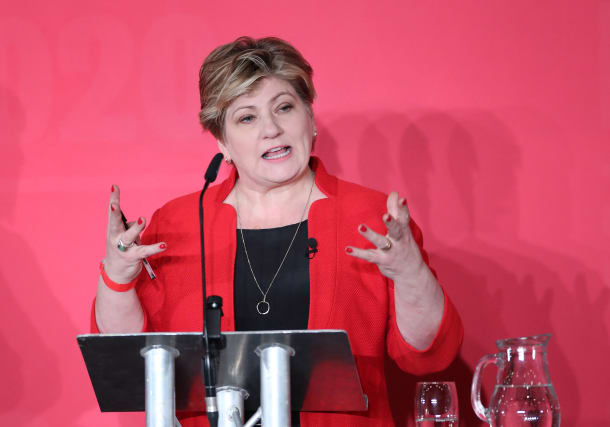 Emily Thornberry has been eliminated from the Labour leadership contest after narrowly failing to secure the nominations she needed to make it into the final ballot of party members.

At the midnight Friday deadline, the shadow foreign secretary had 31 nominations from local constituency parties – two short of the 33 she required to go forward.

She did not get any nominations from Labour Party affiliates – the other route onto the ballot paper.

The three other candidates still in the contest – Sir Keir Starmer, Rebecca Long-Bailey and Lisa Nandy – had already obtained the nominations they needed.

They now go through to the online and postal ballot of party members and registered supporters which opens on February 24.

Ms Thornberry had struggled for support throughout the contest.

She only scraped through the first round of nominations by Labour MPs and MEPs with 23 votes – one more than the 22 required – after Clive Lewis dropped out.

She subsequently admitted she had suffered from a "squeeze" by the "monolithic" campaigns of Sir Keir and Ms Long-Bailey.

The final result of the election will be announced at a special conference in London on April 4.