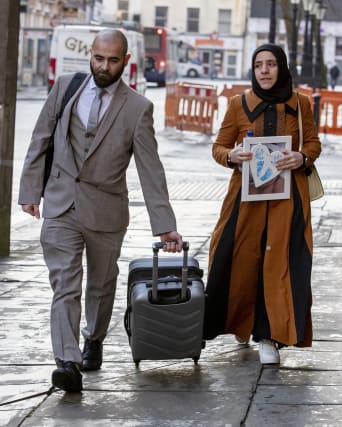 A couple who want doctors to keep treating their brain-damaged baby son have lost a Court of Appeal fight.

Midrar’s parents, who live in Manchester, had challenged a ruling by a High Court judge.

Mrs Justice Lieven, who analysed evidence at a trial in the Family Division of the High Court in Manchester, had concluded that Midrar was brain stem dead.

She had ruled that life-support treatment could lawfully end.

They say Midrar is still growing and say doctors cannot be sure that he will not improve.

But the three appeal judges dismissed their challenge.