Brandon Lewis: I want to deliver on powersharing deal 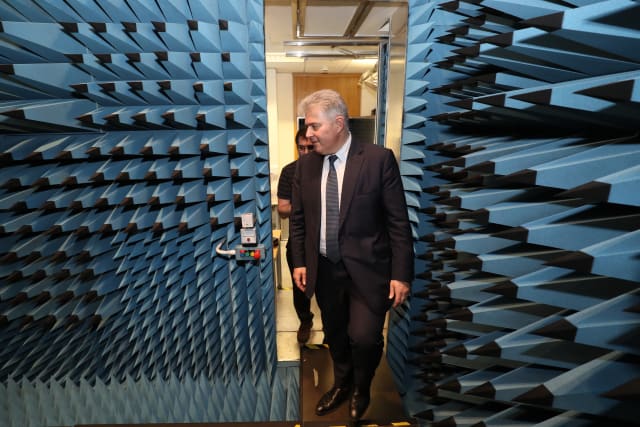 The new Northern Ireland Secretary has said he is committed to delivering on Government proposals addressing the legacy of past violence.

Brandon Lewis said he wanted to build on promises made by his predecessor when powersharing was restored last month.

Many MPs oppose the prosecution of soldiers for alleged past wrongdoing.

Mr Lewis said: “The New Decade, New Approach agreement is something the Government is absolutely committed to and I see my job as actually building on that and delivering on the promise of that agreement.”

He paid tribute to the “great work” done by his “brilliant” predecessor, who he said was a good friend.

Downing Street reportedly felt left out of the loop over the terms of the deal Mr Smith was negotiating last month, which eventually led to the Stormont Assembly functioning again after a three-year suspension.

There are concerns in Tory circles that the agreement includes plans for a historical investigations unit of independent detectives.

Its remit is expected to cover alleged crimes by British soldiers, republican and loyalist paramilitaries and police during the 30-year Troubles.

Those close to Mr Smith insisted that Number 10 and the Prime Minister had been kept fully informed about the terms of the Stormont arrangement.

He met the senior Queen’s University Belfast team to hear about the importance of the IT and the cyber sector in Northern Ireland.

He also talked to engineers and scientists and was shown a non-echo chamber, which is used for testing antennae signals.

Mr Lewis said his focus was on making a “brilliant success” of the political deal to restore the institutions signed last month, adding: “Investing in infrastructure, getting things moving again, that is my focus.”

The newly-appointed Northern Ireland Secretary is a former Tory Party chairman who worked his way up from leading a council to the Cabinet.

He held the top job at Conservative Campaign Headquarters – known as CCHQ – during the Tory leadership race last summer.

He was then rewarded with the posts of security minister and deputy for EU exit and no-deal preparation in Boris Johnson’s first Government.

On Friday he reiterated the Government’s position on Northern Ireland and Brexit.

He said: “We are absolutely clear, as the UK Government we will not be having a border down the Irish Sea.”