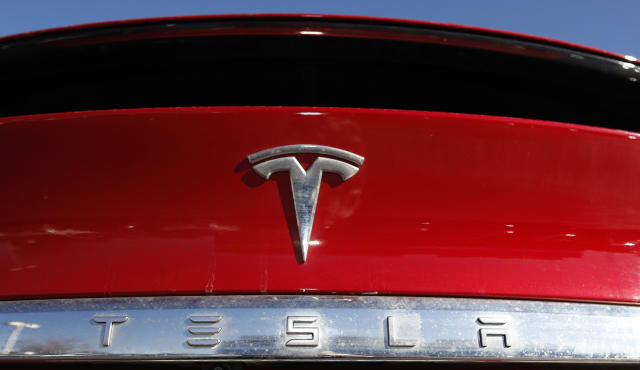 Shares of Tesla fell just over 1% in early trading after the electric vehicle and solar panel maker announced it would sell more than two billion dollars (£1.5 billion) worth of additional shares.

The move comes just two weeks after chief executive Elon Musk said the company had enough cash to fund its capital programmes and it did not need to raise any more money.

Tesla said underwriters of the share sale have a 30-day option to buy another 300 million dollars (£230 million) in common stock.

The company, based in Palo Alto, California, will use the proceeds to strengthen its balance sheet and for general corporate purposes.

Tesla currently has just over 180 million shares outstanding, and it says in filings with the US Securities and Exchange Commission that the sale will add 2.65 million.

In a regulatory filing on Thursday, the electric vehicle and solar panel company estimated that the net proceeds from the sale would be 2.31 billion dollars (£1.77 billion) if the underwriters exercise options to buy shares.

The numbers assume that the shares would be sold for 767.29 dollars (£587.84) each, the closing price of the stock on Wednesday.

Each additional dollar on the share price would add about 2.6 million dollars (£2 million) to the proceeds, the filing said.

Since June last year, the stock has more than quadrupled in value and was trading at 750.67 dollars (£575.10) just after the markets opened on Thursday.

On the company’s fourth-quarter earnings conference call on January 29, Mr Musk was asked about raising capital since the stock had risen so dramatically.

Mr Musk replied that the company was spending money as fast as it could spend sensibly, yet it is still generating cash.

“So in light of that, it doesn’t make sense to raise money because we expect to generate cash despite this growth level,” he told analysts.