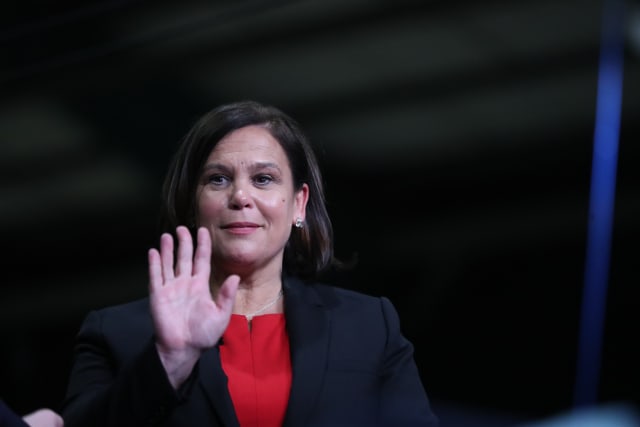 The Fianna Fail parliamentary party will meet later on Thursday but Mr Martin has repeatedly ruled out going into coalition with Sinn Fein.

Ms McDonald is due to address the media later on Thursday morning.

Taoiseach Leo Varadkar said on Wednesday he expects to be the leader of the opposition in the next Irish parliament  – which would mean Fianna Fail and Sinn Fein are the most likely coalition partners.

Speaking on Wednesday, Mr Varadkar said “anything is possible” in the coming weeks including a second election, but added it would “not be good for the country”.

He said in a statement: “Sinn Fein is looking to establish a government for change. Now we wish to meet with Fianna Fail, and later on with Fine Gael. The first step of that process is for our leader Mary Lou McDonald to meet with the leader of Fianna Fail, Micheal Martin.”

Ms McDonald is to address Sinn Fein’s new TDs in Dublin on Thursday and will meet with the Social Democrats later on Thursday about the possibility of government formation.