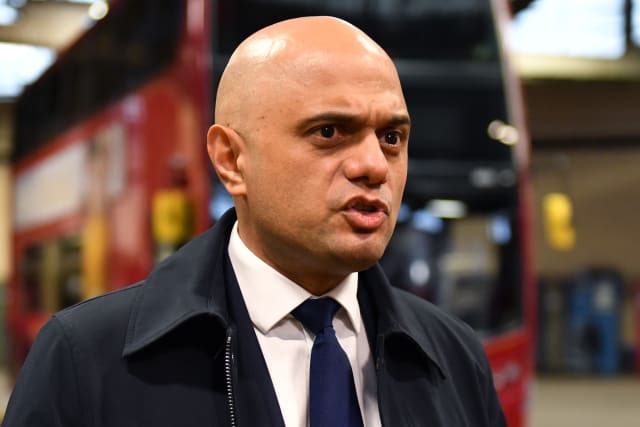 Sajid Javid has quit as chancellor little more than six months into the role and just under a month before he was to deliver his first Budget.

His shock decision came after he refused to sack his advisers, a source close to the former home secretary said.

Tensions between Number 10 and Number 11 had been simmering since Mr Javid’s adviser Sonia Khan was escorted out of Downing Street by police officers after being sacked by Boris Johnson’s closest aide Dominic Cummings in August last year.

Appointed in July to Mr Johnson’s first Cabinet, his first planned Budget in November was cancelled as the Prime Minister pursued a snap election and Mr Javid would have been preparing for the parliamentary set-piece scheduled for March 11.

He is the shortest-serving chancellor since Iain Macleod, who died shortly after taking office in 1970, according to the Institute for Government.

In public, he identifies as the son of a bus driver, whose father arrived in England from Pakistan in the 1960s with just a pound in his pocket, and to colleagues, he is The Saj.

He was a tough-talking home secretary whose hard stance on jihadi bride Shamima Begum’s pleas to be allowed back in the UK boosted his popularity among some Tories, but horrified others – particularly after Ms Begum’s newborn son later died in a Syrian refugee camp.

Mr Javid made it to the final four in the race to replace Theresa May as Tory leader last year, but dropped out and subsequently endorsed Mr Johnson.

Born in Rochdale and raised in Bristol, he went to a state school and studied economics and politics at Exeter University.

He became MP for Bromsgrove in 2010, leaving behind a career in finance that put him on the trajectory to Number 11.

According to his website, Mr Javid was a vice president at the US bank Chase Manhattan at the age of 25 and later moved to Deutsche Bank, rising to senior managing director before he left in 2009.

He held roles in the Treasury from 2012 until he was made culture secretary in April 2014, later going on to be business secretary in May 2015 and housing secretary in July 2016.

After being named home secretary in April 2018, Mr Javid talked openly about how he experienced racism at an early age and “could have had a life of crime” after growing up on “Britain’s most dangerous street”.

During his stunted leadership campaign, Mr Javid played on his humble beginnings, saying his holidays were spent in Rochdale pretending he was somewhere else.

After being knocked out of the leadership race, Mr Javid said: “Work hard, have faith in your abilities, and don’t let anyone try and cut you down to size or say you aren’t a big enough figure to aim high.

“You have as much right as anyone to a seat at the top table, to be ambitious for yourself, and to make your voice heard.”

Mr Javid, 49, is married to Laura, and has four children and a dog.