Newly appointed Chancellor Rishi Sunak has been touted for the top since his arrival in Parliament five years ago.

Taking William Hague's Richmond (Yorkshire) seat after the former Conservative Party leader decided to stand down at the 2015 general election, Mr Sunak was quick to establish himself as a free thinker.

The Brexiteer in 2016 produced a report on the merits of introducing free ports after leaving the European Union, a tax-break concept that Prime Minister Boris Johnson cherry-picked for his own leadership campaign. 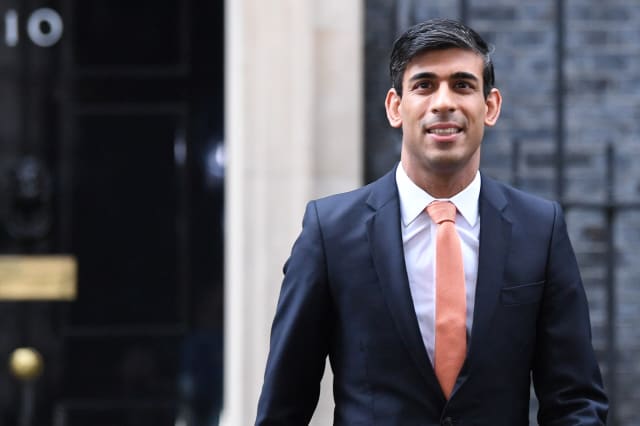 Mr Sunak's decision, along with high-flying colleagues Oliver Dowden and Robert Jenrick, to jointly back Mr Johnson during the summer leadership contest was seen as a major win for the former London mayor's campaign, proving he had the young blood of the party on-board.

The trio wrote at the time: "Beyond Brexit, Boris Johnson is one of life's optimists and can help us recapture a sense of excitement and hope about what we Conservatives can do for Britain."

The PM was quick to reward Mr Sunak's loyalty, making him chief secretary to the Treasury after entering Downing Street in July.

The level of trust placed in the Oxford University graduate was further demonstrated after Sajid Javid turned down the job of chancellor in the PM's first post-Brexit reshuffle of his Cabinet.

It was Mr Sunak who was given the nod and promoted to one of the great offices of state in Mr Javid's stead on Thursday.

At the age of 39, he misses out on being the youngest chancellor of the past century by just a single year – George Osborne was 38 when he took charge of the Treasury in 2010.

The eldest of three children and born into what he dubbed an "NHS family", Mr Sunak's father was a GP and his mother ran her own pharmacy, according to the biography on his MP website.

His grandparents were born in India and emigrated to the UK from East Africa in the 1960s.

Before entering politics, he had a successful business career, working as an analyst for investment bank Goldman Sachs before going on to work in hedge and investment fund management.

The private school-educated politician, explaining his motivation for getting involved with politics, said: "From working in my mum's tiny chemist shop to my experience building large businesses, I have seen first-hand how politicians should support free enterprise and innovation to ensure our future prosperity."

Married with two daughters, he met wife Akshata while studying at Stanford University in the US.

As a Hindu, he takes his Commons oath on the Bhagavad Gita, a sacred Sanskrit text.