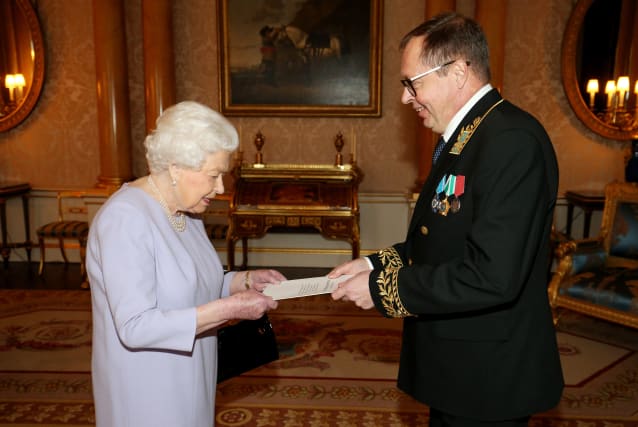 The Queen has held an audience with the new Russian ambassador to the UK.

The monarch welcomed Andrei Kelin to Buckingham Palace as he presented his Letters of Credence.

Mr Kelin, who was appointed in November, has previously told how his mission is to improve ties to the UK.

Diplomatic relations fell to a post-Cold War low in 2018 following the attempted Novichok assassination of former Russian spy Sergei Skripal and his daughter Yulia in Salisbury.

London blamed Moscow for the attack, but the Kremlin has denied any involvement.

Charlie Rowley and his partner Dawn Sturgess fell ill in nearby Amesbury months after the Skripal incident, and Ms Sturgess later died.

She had come into contact with a perfume bottle believed to have been used in the attack on the Skripals and then discarded.

Mr Kelin’s wife Irina Kelina was also received by the head of state.