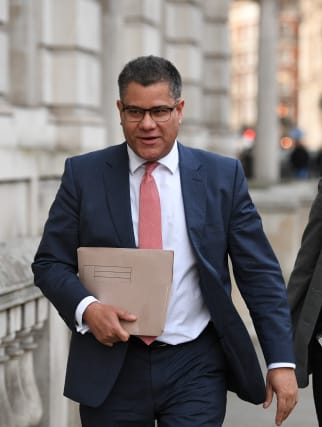 The newly appointed Business Secretary Alok Sharma has been handed responsibility for a crucial UN climate summit in the UK this year.

Downing Street said Mr Sharma would be minister for the Cop26 talks which are due to take place in Glasgow in November, as well as taking over as Business, Energy and Industrial Strategy Secretary in the reshuffle.

The role will see him step in as president of the Cop26 meeting, after the sacking of former clean growth minister Claire O’Neill a fortnight ago from the top job preparing and guiding the talks.

Ms O’Neill’s sacking and the subsequent fallout, including accusations the Prime Minister did not “get” climate change and rumours of turf wars with the Scottish government, overshadowed the summit’s official launch.

The talks in November are the most important since the Paris Agreement to curb global warming was secured in 2015.

Countries are under pressure to ramp up ambition on cutting greenhouse gas emissions as their current policies and pledges are not enough to avoid the worst impacts of rising temperatures.

The run-up to the summit will require a major diplomatic effort from the UK to secure ambitious action from countries.

Ministers have also been warned they need to strengthen domestic policies to meet legal goals to cut emissions to net zero by 2050, in order to show leadership in the lead-up to the talks.

Mr Sharma’s role heading up the Business Department, which leads on cutting the UK’s greenhouse gas emissions, means he will be well-placed to drive domestic action as well as the UK’s international role.

Mr Sharma was international development secretary for the last six months, and has had several junior ministerial roles including at the Foreign Office.

Christian Aid’s global climate lead, Dr Kat Kramer, said taking on the task of ensuring the crucial talks succeed “is a huge responsibility for the UK and its role on the global stage”.

“It would have been a big task had Alok Sharma been in post from the beginning, rather than coming in late in the process.

“It’s now vital he works very closely with the backing of the Prime Minister to both get other countries to commit to new pledges to tackle the climate crisis but also put the UK’s own house in order and enact policies to accelerate UK decarbonisation.”

She said the UK needed to rapidly step up efforts to reduce emissions at home, not just “boast” about its legally-binding target to cut greenhouse gases to zero overall by 2050.