Javid forced out as chancellor after row with PM Johnson 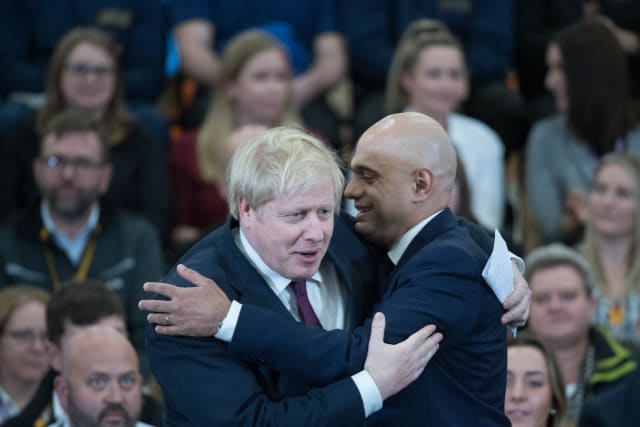 Sajid Javid has dramatically quit as chancellor after Boris Johnson ordered him to fire his closest aides.

The Prime Minister had been expected to keep Mr Javid in post as part of his reshuffle, and news of his resignation less than a month before the first post-Brexit Budget shocked Westminster.

Rishi Sunak, Mr Javid's former deputy at the Treasury, has now been appointed to the role of Chancellor.

Allies of the former chancellor said Mr Javid refused to sack his team of special advisers, something that Mr Johnson made clear he would have to do if he wanted to remain in 11 Downing Street.

Mr Sunak will take the job, having reportedly agreed to a joint Number 10-Number 11 team of advisers.

The bombshell came after long-standing rumours of tensions between the ex-chancellor and Mr Johnson's closest aide Dominic Cummings.

In August, he had fired Mr Javid's aide Sonia Khan and it appears Number 10 wanted to go further in keeping a closer eye on the chancellor.

Mr Javid said that "no self-respecting minister" could accept the conditions being imposed.

"He has turned down the job of Chancellor of the Exchequer," a source close to Mr Javid said.

"The Chancellor said no self-respecting minister would accept those terms."

Mr Javid had walked smiling into Number 10 in a sign that he expected to remain in place ahead of the March 11 Budget.

His departure came after:

Downing Street has previously confirmed that Grant Shapps will stay on as Transport Secretary.

Alok Sharma was promoted from international development to become the new Business Secretary and he will also be minister for the Cop26 UN climate summit.

Until Mr Javid's exit, the most surprising move by the Prime Minister had been the sacking of Mr Smith just weeks after brokering the deal which restored the powersharing administration in Stormont.

Irish Taoiseach Leo Varadkar said Mr Smith was "one of Britain's finest politicians of our time".

Speculation about Mr Smith's position centred on the terms of the Stormont deal, amid Tory concerns it could pave the way for prosecutions of British soldiers.

But allies of the axed minister said it was "absolute crap" to suggest that Mr Johnson and Number 10 had not been kept informed of the process and details of the deal.

Although female ministers were axed in the reshuffle, Downing Street indicated there would not be a reduction in the number of women around the Cabinet table.

Culture Secretary Baroness Morgan had already said she intends to leave her ministerial role, while Mrs Leadsom, Ms Villiers and Ms McVey were all sacked.

"This morning he told me that I need to make way for someone new."

Former Tory leadership contender Ms McVey said she was "very sorry to be relieved of my duties".