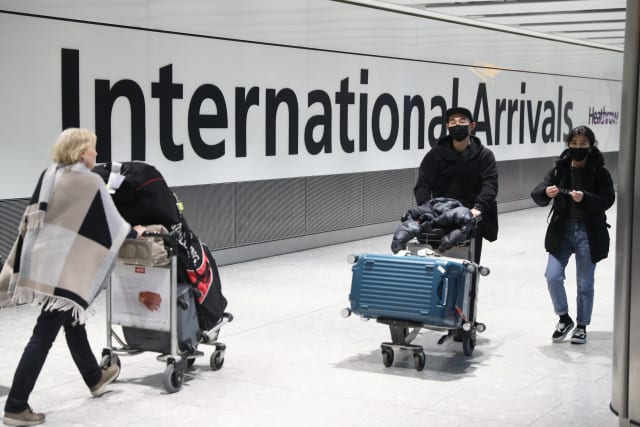 UK holidaymakers are shunning trips to the Far East because of the coronavirus outbreak, travel firms said.

Trailfinders revealed it has “seen an impact on bookings to the East”, with some people choosing destinations such as Canada or the Caribbean instead.

Customers who had already booked trips to mainland China before the Foreign and Commonwealth Office advised against all but essential travel to the country are being offered a full refund.

Bristol-based sister firms InsideJapan Tours and InsideAsia Tours, which are used by around 10,000 UK holidaymakers each year for trips to Asia, have suffered from a slump in demand due to the virus.

The first two months of the year are usually their busiest period for bookings, with people planning trips to Japan for April’s cherry blossom season, and holidays in the summer and autumn.

James Mundy, PR and partnerships manager of parent company Inside Travel Group, said around 15 customers have cancelled their trips because “they don’t want anything to do with it”, and a similar number have postponed them.

He told the PA news agency: “The biggest issue is that people that have inquired are not committing to booking because of the situation.

“We had a good January, but since the news coverage of the virus began we have had half the bookings that we would have expected.

“This is almost definitely down to coverage of the virus and people linking it to Japan and Asia in general.”

The firms have added pages on their websites giving customers the latest updates.

Mr Mundy said he expects bookings to return to normal once people realise concern over coronavirus “is not valid for most of Asia”.

He added: “The actual number of people infected in Japan is 28, in a country of 127 million. Our other Asian destinations have even fewer cases.

“It’s frustrating because we know if (customers) get on that flight, head to Japan or any of the other countries, that they will enjoy their time there. They’ll realise they won’t be affected by the virus. It’s business as usual.”

British Airways has halved its flights between Heathrow and Hong Kong because of a lack of demand, meaning it is only operating one daily return flight on the route until at least the end of March.

It is offering customers booked on flights over the same period the opportunity to change their travel dates or obtain a refund if they no longer want to fly.