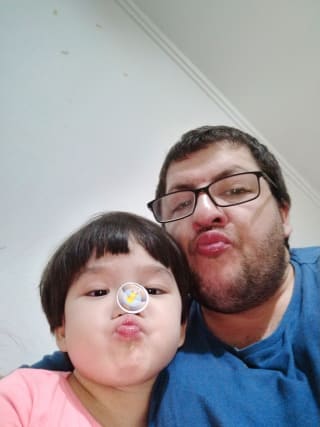 A British citizen who chose to remain in coronavirus-hit Wuhan with his family says anyone who tried to break newly-imposed residential quarantines will be arrested.

Chris Hill, who lives in the Chinese city with his wife, Caitlyn Gao, and four-year-old daughter, Renee Gao, said one person per family was permitted to leave his housing area every two or three days to buy food.

The restrictions come as China reported a spike in the number of cases of coronavirus, officially named Covid-19 by the World Health Organisation, which jumped by 15,152 to a total of 59,804, on Wednesday.

“The whole city is on lock-down. They have medical personnel at the main gate of all housing places to make sure that no-one comes in or no-one goes out that’s ill,” he told the PA news agency.

“Some instances I have heard of people trying to break through the residential quarantine. They got half way out but then they were tackled to the ground by medical personnel and police.

“Anybody that is caught trying to get out of the quarantine area of the buildings will be arrested for a criminal act.”

Mr Hill, from Sunderland, says that following the final repatriation flight from Wuhan, communication with the British government had ceased.

“Now that I’ve made the decision to stay, anyone who chose to stay – that’s it. We’re here for the long haul,” he said.

Two weeks ago Mr Hill had told PA he was worried he will be forgotten by the UK Government.

“They pick one person from each household that can go out every two or three days to get food, so it’s many people going out together,” he said.

He added that for he and his wife, who is a nurse in the city, the quarantine is “not really a problem”.

“We’re allowed to leave the house but not the residential area,” he said. “But [my daughter] is young so it’s best to keep her indoors.

“She understands that people are ill and that it’s not safe to go outside.”