Anne-Marie Trevelyan: A Brexiteer with a passion for the armed forces 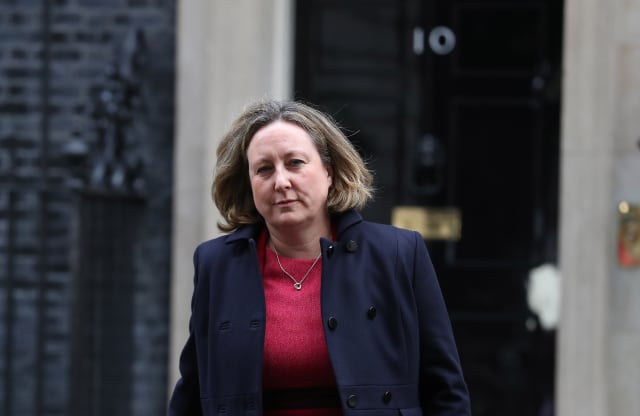 The 50-year-old Oxford Brookes maths graduate had previously worked as a chartered accountant before being elected MP for Berwick-upon-Tweed in Northumberland in 2015.

She was later made Minister for Defence Procurement in July 27 2019, before becoming Minister of State for the Armed Forces in December last year.

The Conservative MP voted Leave in the EU referendum, claiming in 2016 that the “safest option” for Britain was to exit the union.

At the time she said: “We can take back control of our future if we vote to leave the EU.

“A future beyond the limitations of the EU’s political systems holds so much promise for a strong nation such as ours.”

In 2018 she announced her resignation as Parliamentary Private Secretary in the Department for Education over the then government’s draft withdrawal agreement with the EU.

According to her website, Ms Trevelyan’s wider interests include singing and spending time with her family.

As an MP she has campaigned for greater autism awareness, and has focused on the Armed Forces Covenant, which aims to ensure military personnel face no disadvantage for their service.

Her website describes her as being “passionate” about the welfare of veterans and serving members of the armed forces.

She replaces Alok Sharma as Secretary of State for International Development.