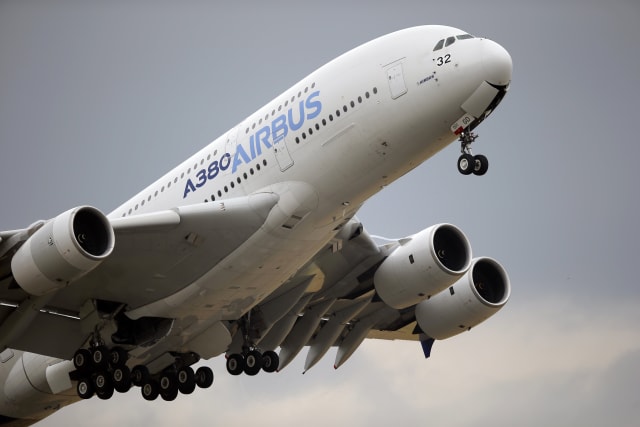 Commercial aircraft maker Airbus lost 1.36 billion euros (£1.14 billion) in 2019 because of a multibillion-euro bribery settlement with authorities in three countries, but otherwise saw a record year of aircraft deliveries and increased its dividend.

CEO Guillaume Faury called it “a strong underlying financial performance” while acknowledging that “of course we cannot be satisfied” with the net loss.

Airbus saw deliveries of 863 commercial aircraft, up from 800 in the year before.

The company boosted orders to 768 as competitor Boeing stumbled because of the grounding of its 737 MAX jet after two crashes that killed 346 people.

Boeing’s net orders were negative because of cancellations and the bankruptcy of a large customer, India’s Jet Airways.

The large net loss reflected 3.6 billion euros (£3 billion) set aside to cover a criminal settlement with authorities in the US, France and Britain over past corrupt practices.

Airbus is legally headquartered in the Netherlands but has its main base in Toulouse, France.