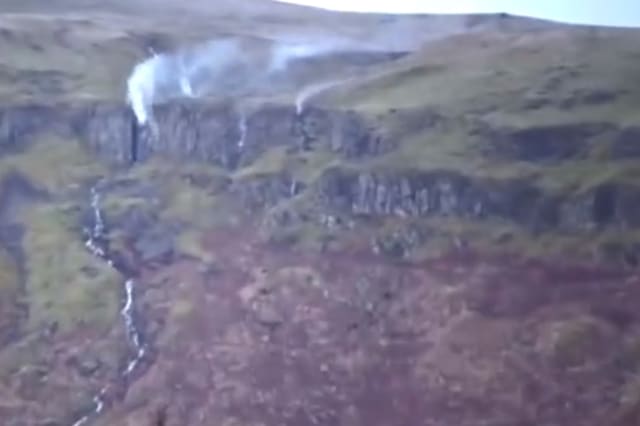 A man has captured extraordinary footage of Storm Ciara appearing to flip a waterfall on its head.

The waterfall, named Jenny's Lum, is only active during high rainfall events.

But add a dose of strong wind and you end up with something very strange indeed.