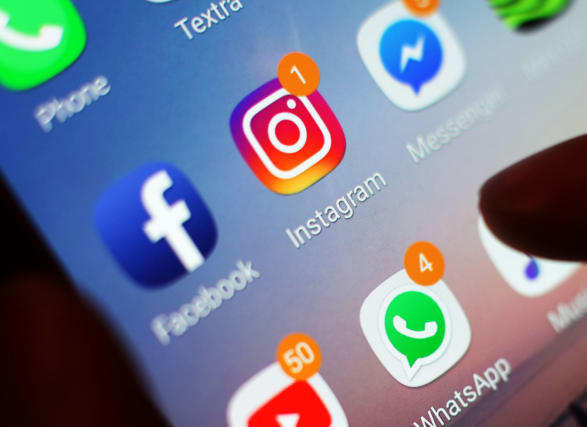 Internet and social media companies have said they will work with the Government to make the internet a safer place, as new powers to punish them are set to be handed to Ofcom.

Digital, Culture, Media and Sport Secretary Baroness Nicky Morgan will announce a widened remit for Ofcom as an internet watchdog on Wednesday.

A statutory duty of care for internet companies with an independent regulator enforcing new guidelines against so-called online harms was first proposed in a Government White Paper last year.

Baroness Morgan told the BBC: “There are many platforms who ideally would not have wanted regulation, but I think that’s changing.

“I think they understand now that, actually, regulation is coming.”

In response, Ben McOwen Wilson, UK managing director of YouTube – which is owned by Google – said the video platform would work with the Government and is keen to debate the issue.

“The Online Harms Consultation is of great importance to YouTube as well as to all British users of our products and services,” he said.

“To help keep our community safe, we haven’t waited for regulation; we’ve created new technology, hired expert reviewers, worked with external specialists, and reviewed our policies to ensure they are fit for the evolving challenges we face online.

“Our work has the most impact when companies, Government and communities work together. We look forward to working in partnership with the Government and Ofcom to ensure a free, open and safer internet that works for everyone.”

However, the Internet Association, the trade body which represents internet firms including Amazon, Facebook, Google, Microsoft and Twitter, said the companies were keen for further debate over what it called “issues of concern”, including potential punishments for not removing content which could be considered harmful but is not illegal.

Daniel Dyball, UK executive director at the Internet Association, said: “Internet companies are committed to working with Government to achieve our shared goals of keeping people safe online and ensuring that the internet continues to deliver benefits to the economy and society.

“We will continue our constructive engagement on the issues of concern that are still under review – for example the scope of regulation, treatment of legal but potentially harmful content, and enforcement powers – and look forward to the full consultation response in the spring.

“These are complex topics, and it is essential that we find a solution that both enhances digital safety and fosters a thriving internet economy.”

Proposals were put forward in August which suggested allowing the regulator to issue fines against platforms and websites it judges to have failed to protect users from seeing harmful videos such as those depicting violence or child abuse.

The suggested Ofcom scheme would serve as an interim arrangement until an online harms regulator is appointed under future legislation.

But the latest proposal could extend the remit of the regulator further, with the Government White Paper looking to regulate “illegal activity and content to behaviours which are harmful but not necessarily illegal”.

Information Commissioner Elizabeth Denham said: “We all want and need digital services and appreciate how they enrich our lives. But we’re also recognising the harm they can inflict.

“The scales are falling from our eyes as we begin to question who has control over what we see and how our personal data is used.

“This legislation is an opportunity for people to regain control and we look forward to continuing our close work with Ofcom and others here in the UK and around the world.”

Molly’s father, Ian, spoke of the urgent need for greater action in an emotional foreword to a Royal College of Psychiatrists report, in which he described the “wrecking ball of suicide” that “smashed brutally” into his family, blaming “pushy algorithms”.