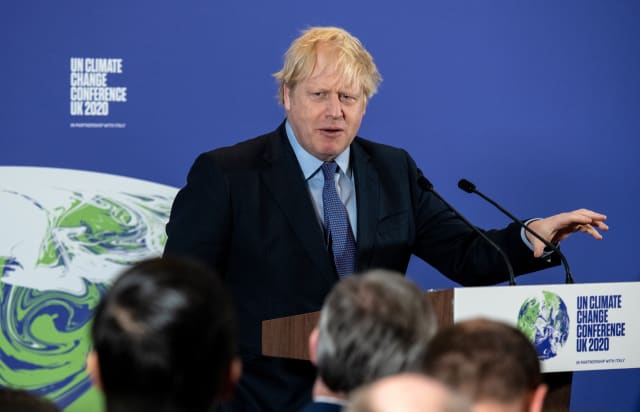 Boris Johnson remains committed to hosting a major UN climate summit in Glasgow, Downing Street said as it emerged a London venue is being lined up as a fallback option.

The COP26 summit is due to be held in Glasgow in November but the ExCeL Centre in London’s docklands could take its place.

The potential move comes amid concerns about the cost of the summit.

The Prime Minister’s press secretary said: “We are committed to holding COP26 in Glasgow but the Scottish Government need to work with us to make sure this is a successful summit which showcases the UK as a world leader in tackling climate changes and represents value for the UK taxpayer.”

Scotland’s First Minister Nicola Sturgeon accused the PM of “playing politics with the biggest issue of our time”.

Asked about the London venue being lined up, the PM’s press secretary added: “It is standard practice to carry out contingency planning for major international events at this stage.”

There are concerns in Whitehall about whether the estimated costs of policing the event put forward by the Scottish Government are realistic.

Ms Sturgeon has promised to work “closely and constructively” with Mr Johnson’s administration over the summit.

She said it was “silly” to suggest there were problems between the two Governments over the summit.

Ms Sturgeon said the Scottish Government had made its commitment “crystal clear” and offered Mr Johnson “additional input” but “he hasn’t yet responded”.

“If he insists on playing politics it will be on him, not me,” she said.