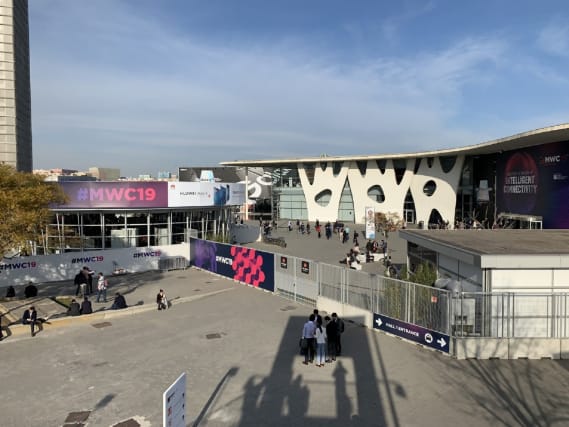 The 2020 Mobile World Congress (MWC) technology show has been cancelled after a growing number of firms pulled out over coronavirus fears.

Some 100,000 visitors attend the event every year in Barcelona, but companies including Amazon, BT, LG, Sony, Intel and Facebook withdrew due to concerns about the outbreak.

The show was due to take place at the end of February.

John Hoffman, chief executive of event organisers GSMA, said: “With due regard to the safe and healthy environment in Barcelona and the host country today, the GSMA has cancelled MWC Barcelona 2020 because the global concern regarding the coronavirus outbreak, travel concern and other circumstances, make it impossible for the GSMA to hold the event.

“The Host City Parties respect and understand this decision.

“The GSMA and the Host City Parties will continue to be working in unison and supporting each other for MWC Barcelona 2021 and future editions.”

Initially, the GSMA attempted ease concerns by saying it would introduce a number of new safety measures to prevent the spread of the strain of coronavirus, officially named Covid-19 by the World Health Organisation.

This would have included a ban on attendees from the Chinese province of Hubei – where the strain Covid-19 is thought to have originated – and anyone who has recently been to China being asked to confirm that they have been outside the country for 14 days prior to the show.

There were also plans for temperature screenings to be put in place, as well as encouraging a “no-handshake” policy.

Ben Wood, chief of research at analyst firm CCS Insight, said the GSMA now needs to be careful that there is not a knock-on effect from this year’s cancellation.

“The GSMA has been a victim of circumstances out of its control and it’s a huge disappointment the show will not go ahead this year,” he said.

“The impact on small companies who have invested a disproportionate amount of their budgets and time on this event should not be under-estimated.

“MWC is an anchor event for many and now they face the challenge of having to figure out what the best way to salvage something from this difficult situation.”

“Major companies and many attendees will be reviewing the importance of MWC to their business and the GSMA must work hard to have a clear path forward.

“This is particularly true for smaller business that have had to swallow many of the costs from this year’s show.”