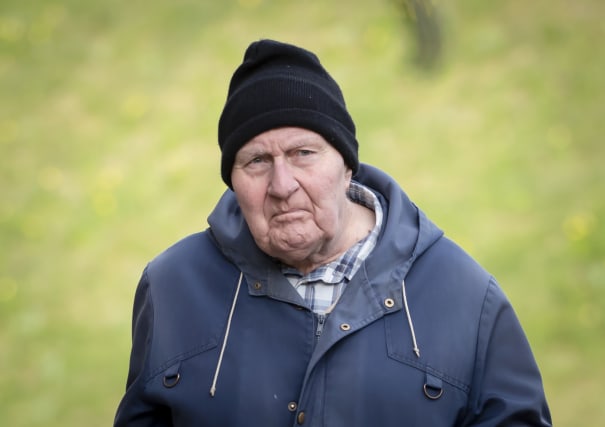 A former monk at a Catholic boarding school who continued to abuse young boys after confessing to having sexual contact with a pupil has been jailed for more than 20 years.

Peter Turner, 80, sexually abused two boys after he was forced to leave Ampleforth College, in North Yorkshire, and sent away to work in a parish in Workington, Cumbria.

He was sentenced to 20 years and 10 months at York Crown Court on Wednesday after admitting to a string of sexual offences committed more than 30 years ago against three boys aged between nine and 12.

Turner, who was previously known as Father Gregory Carroll, pleaded guilty on Tuesday to 11 counts of indecent assault, two counts of buggery and one count of gross indecency with a child.

He served a previous jail sentence in 2005 after he admitted offences against 10 pupils at Ampleforth between 1979 and 1987.

Judge Sean Morris, the Recorder of York, said: “You have brought evil into this world when, by your calling, you should have brought hope, help and succour.”

The judge said: “You were a priest at Ampleforth boarding school.

“It’s a religious school and, no doubt, because of that, that’s a comfort to parents because they will be thinking that they are entrusting the care of their child to men of God, instead, in your case it was to a man of evil.”

Turner admitted committing indecent assault and buggery against a boy, aged between 10 and 12, at Ampleforth between September 1984 and January 1987.

Tom Storey, prosecuting, said Turner abused the boy “comprehensively” at Ampleforth, including in a hermitage and during car journeys, showing the boy pornography, making him perform sex acts and committing buggery.

Turner told the boy it was their secret, taught him how to drive, gave him sweets and got him drunk on sacramental wine.

Mr Storey said: “He described being completely dominated by the defendant and completely at his mercy, unable of saying anything and did not know who to seek help from.”

Judge Morris told Turner: “You abused your position as teacher and priest to sexually abuse (the boy) repeatedly, callously and with devastating effects on his life.”

He added: “You have ruined his life and will continue to do so.”

Turner was removed from Ampleforth in 1987 and sent to work in a parish in Workington after telling the headmaster about sexual contact with a pupil.

Judge Morris said: “Told of your leanings by yourself, the authorities at Ampleforth School decided they had better take you away from there… concerned it might continue, might get reported to parents.”

“And then you started again.”

One of the victims in Workington was just nine or 10 when Turner indecently assaulted him between October 1987 and December 1988, touching him sexually and performing sex acts in a vestry, on a remote beach and in his car in a lay-by on a walking trip to the Lake District.

The victim reported the abuse in 2006 after reading an article about Turner’s conviction.

But the CPS took the decision not to bring further charges as he was already serving a prison sentence.

The third victim was aged between 10 and 12 when Turner committed gross indecency and indecent assault against him between June 1987 and June 1990, performing sex acts on himself and the boy in the rectory of the church in Workington.

Judge Morris said to Turner: “You abused them in the most vile way, you continued your perversions.”

He added: “Your values were not those of a man of the cloth and you have devastated their lives as well.”

In 1999, Turner told the headmaster at Ampleforth that he had abused more than one boy at the school.

He was recalled from Workington and confined to the monastery at Ampleforth in 2002 after the publication of the Nolan Report into the problem of clerical child abuse.

Turner saw a clinical psychologist who told the police about his disclosures, leading to his conviction and four-year jail sentence in 2005.

Nicola Gatto, defending, said he had not offended since returning to Ampleforth and recognised that he may never leave prison.

He said: “Peter Turner… is clearly a very depraved individual who targeted these vulnerable young boys for his own sexual gratification more than 30 years ago.”

A spokeswoman for Ampleforth College said the school had since transformed its safeguarding procedures and protocols.

She said: “The abuse of children goes against everything we stand for as a school and we know that the victims are likely to suffer terribly as a consequence of these crimes.

“We are devastated that a member of the monastic community can have abused our pupils in this way.”

The prosecution asked for three counts of indecent assault to lie on file after Turner entered not guilty pleas.