Coronavirus: Scout leader at centre of UK cases ‘happy to be home’ 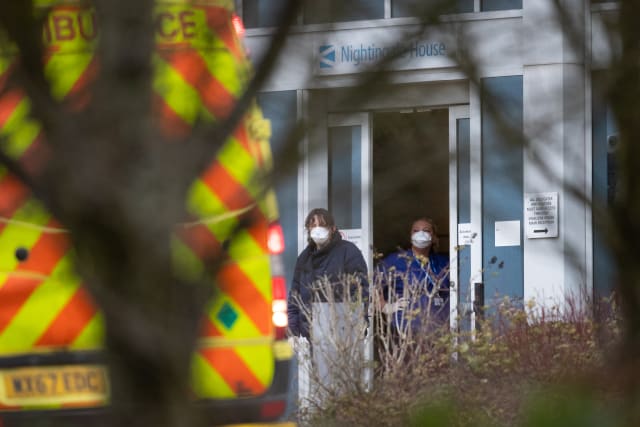 The businessman at the centre of the UK outbreak of coronavirus has said he is “happy to be home” after being discharged from hospital.

Steve Walsh was treated for the virus at the specialist infectious diseases unit at Guy’s and St Thomas’ NHS Foundation Trust in London but has now been given the all-clear.

The 53-year-old scout leader, from Hove in East Sussex, contracted the virus on a business trip to Singapore and is linked to five other people diagnosed with the virus in the UK.

On his way back to the UK from Singapore, he stopped off at a ski region in France, where five other Britons were subsequently infected with coronavirus, now also known as Covid-19.

Mr Walsh is also linked to a Briton taken ill in Majorca, taking the number of confirmed cases linked to him to 11.

In a statement on his release from hospital, Mr Walsh said: “I’m happy to be home and feeling well.

“I want to give a big thank you to the NHS who have been great throughout and my thoughts are with everyone around the world who continues to be affected by the virus.

“It’s good to be back with my family and I would ask you please to respect our privacy from this point on.”

He added: “Mr Walsh’s symptoms were mild and he is no longer contagious and poses no risk to the public.

“He is keen to return to his normal life and spend time with his family.

“I would like to thank the clinical team who treated Mr Walsh in hospital, as well as all the NHS staff who are working hard with other health organisations to limit the spread of coronavirus and treat the small numbers who have contracted the illness.”

Eight people have so far been diagnosed with coronavirus in the UK, including two GPs.

Officials know that the pair worked at a nursing home, Worthing Hospital A&E and two GP practices between them.

Public Health England (PHE) confirmed on Wednesday it has traced and advised all close contacts of the two GPs, including about 12 patients.

Tim Loughton, Conservative MP for East Worthing and Shoreham, said on Wednesday that a number of GPs from Brighton were among those staying in the French ski chalet with Mr Walsh.

He said one of those completed a locum shift at Worthing A&E last week and, as a precaution, the hospital has now “sent home for self-isolation a number of their staff from various departments of the hospital”.

As a result, the hospital is experiencing some staff shortages, he said.

Earlier, Professor Neil Ferguson, from the MRC Centre for Global Infectious Disease Analysis at Imperial College, London, told the BBC Radio 4 Today programme the world was “in the early phases of a global pandemic at the moment” and the true number of UK cases is higher than eight.

He said: “The fact we have only recorded eight cases in the UK is because our surveillance is focused on travellers.

“We think probably we are picking up maybe one in three cases coming into the country at the current time.

“We will know more in the next few weeks.

“Surveillance has started across the UK in hospitals of pneumonia cases. That will give us a proper picture.”

He said it was “highly unlikely” the UK could stop transmission of coronavirus and it was likely to “get going” in the UK in the next few weeks, peaking a few months later.

He said up to 60% of people could become infected, with most suffering mild symptoms.

Meanwhile, in Brighton, pupils at several schools have been told they could stay at home after reports that some teachers and families feared they had come into contact with the virus.

And two prisoners at HMP Bullingdon in Oxfordshire are being tested for the illness and are being held in isolation.

The PA news agency understands Mark Rumble is one of the prisoners being tested. The 31-year-old was reportedly brought back to the UK two weeks ago after being extradited from Thailand.