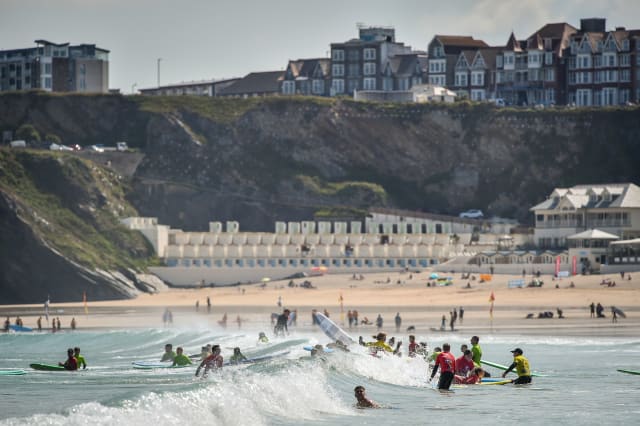 British Airways is to salvage Cornwall’s air link with Heathrow after Flybe announced it is scrapping the route.

Five return flights per week will be operated by British Airways between the UK’s busiest airport and Newquay this summer.

Shortly after being saved from collapse by striking a deal with the Government last month, Flybe revealed its taxpayer-subsidised flights between London and Newquay will switch from Heathrow to Gatwick on March 29.

Richard Thomasson, interim airport director of Cornwall Airport Newquay, said: “We are delighted British Airways will be flying to Cornwall this summer and to be able to continue to offer this vital link between Cornwall and Heathrow.

“With such a major global carrier we will be able to offer our passengers one-stop access to the world, while worldwide investors and tourists will benefit from an easier connection to our stunning county.”

British Airways’ director of network and alliances Neil Chernoff said: “We know that customers enjoy exploring the UK as much as they do going further afield, and Newquay has so much to offer, especially in the summer months.”

Flights will operate on Mondays, Thursday, Fridays, Saturdays and Sundays from July 2 until September 7. Return fares start from £90.

British Airways began offsetting the carbon emissions of its domestic routes on January 1.