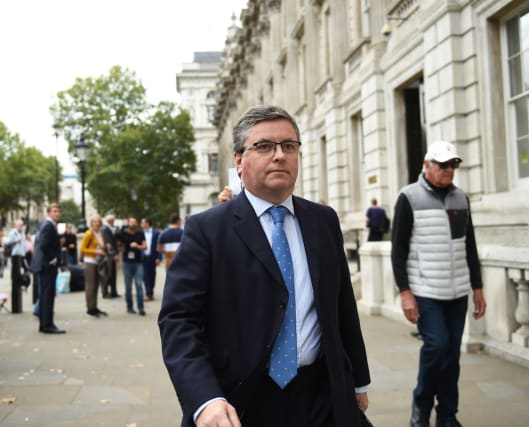 Emergency legislation to prevent the automatic release from prison of terrorist offenders halfway through their sentences has moved closer to becoming law.

MPs gave the Terrorist Offenders (Restriction of Early Release) Bill an unopposed second reading as it looks to clear all its Commons stages on Wednesday.

Ministers want to get legislation on to the statute book by February 27, before the next terrorist prisoner comes up for release.

It follows the Streatham terror attack earlier this month, when Sudesh Amman stabbed two bystanders with a knife he had grabbed from a shop.

The 20-year-old was jailed in December 2018 for possessing and distributing terrorist documents but had been freed midway through his sentence less than a fortnight earlier.

It was the second attack in three months to be carried out by a convicted terrorist, after Usman Khan stabbed and killed two people at Fishmongers’ Hall near London Bridge in November.

He had been released nearly a year earlier, halfway through a 16-year jail sentence.

Once the legislation has cleared the Commons, it will go to the House of Lords, where the Government has less control over the timetable but expects it to be given a swift passage.

Moving the Bill, Justice Secretary Robert Buckland told MPs: “Due to the nature of the emergency legislation, I’ve proposed that the provisions cover both England, Wales and Scotland and the justification for this emergency retrospective legislation, out of the ordinary though I accept it is, is to prevent the automatic release of terrorist offenders in the coming weeks and months.

“Given the risk that this cohort has shown already that they pose to the public, it’s vital that we pass this legislation rapidly before any more terrorists are automatically released from custody at the halfway point and therefore we’re aiming for this legislation to receive royal assent before the end of the month and with the support of this House I am confident that we can do this.”

For Labour, shadow security minister Nick Thomas-Symonds said: “We on these benches support the Parole Board involvement in release decisions and should this legislation not be passed and rushed through all its stages in the next couple of weeks, then there will be terrorist prisoners on our streets without any Parole Board assessment of risk or dangerousness.

“Now that isn’t to say that it leaves the House in the easiest of positions, but that is the reality of the position that is before us.

“I do say to ministers today that what is going to be needed for this to be durable and workable is that it doesn’t amount to simply a delay confronting the problem, but there is a relentless focus on and investment in the most effective of deradicalisation programmes in our prisons.”

The plans, which will affect around 50 prisoners, aim to make sure terrorist offenders serve two-thirds of their sentence before they are considered eligible for release, rather than the current halfway mark.

Labour’s Yvette Cooper, who chairs the Home Affairs Select Committee, raised concern around the speed at which the legislation is being progressed.

She said: “It’s right that we do so in these circumstances but the Government must also recognise that it is not the ideal circumstances and to rush through legislation in a breathless way and to be honest, actually there have been many warnings that this was coming down the track.”

She added: “The Government has known about the problem for some time.”

Khalid Mahmood, Labour MP for Birmingham Perry Barr, also voiced concerns about radicalisation in prison before suggesting madrasas should be subjected to closer checks when applying for permission to be established.

He said: “Permission for a madrasa, for a local authority the only consideration that is given is whether it would cause any traffic planning or congestion at all or not. If you clear that, you can have one.

“No heed is given to the qualifications of the imam, whether they have the proper scrutiny in terms of their past and what they have done, whether they comply with any security checks at all or not.

“So I think these issues are very, very important for us to look at and to see how we moved forward.”

Mr Mahmood said the issue is the “tip of the iceberg” at the moment, adding: “There is still significant radicalisation that is taking place and we need to address it in the community.”