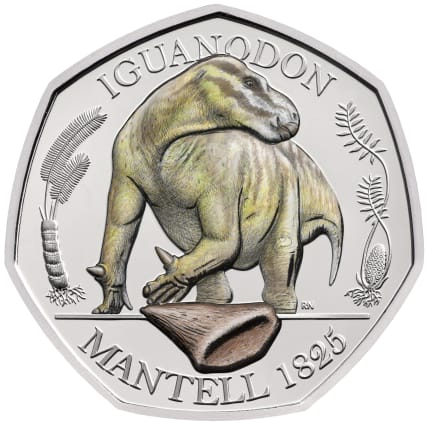 A range of commemorative 50p coins will be emblazoned with dinosaurs to mark Britain’s contribution to discovering the prehistoric creatures.

The coins will feature three different dinosaurs, the fossils of which led British anatomist Sir Richard Owen to coin the term “Dinosauria” in a paper in 1842, the Royal Mint and Natural History Museum said.

The illustrations by paleoartist Robert Nicholls are scientifically accurate representations of the prehistoric beasts.

The Megalosaurus coin can be bought from Thursday, the Iguanodon from March 16 and the Hylaeosaurus from April 6.

The coins will range from £10 to up to £945 for limited-run, gold-proof editions.