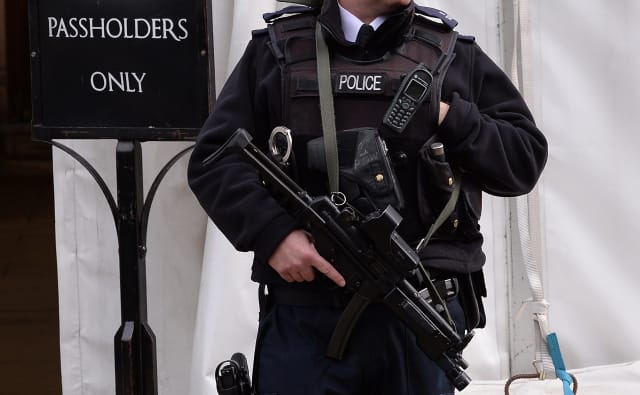 Streatham terrorist Sudesh Amman was killed when two police marksmen fired a total of six shots, a watchdog has found.

The Independent Office for Police Conduct (IOPC) is investigating how counter-terrorism officers came to shoot the 20-year-old after he stabbed two bystanders on a south London high street.

Investigators are also looking at how much information police had about Amman, and what action they took when he was released from prison on January 23.

He was under 24-hour surveillance at the time of the attack in Streatham High Road on Sunday February 2.

The IOPC said no individual officers are under investigation and all those involved in the operation are being treated as witnesses.

The evidence suggests two officers fired a total of six shots, one of which hit a supermarket window and another hit the window of a pharmacy.

Investigators are awaiting a pathologist’s report which will confirm how many times Amman was hit.

IOPC director for London Sal Naseem said: “Our thoughts are with all of those affected by the events of February 2.

“I would like to pay tribute to the police officers involved in responding to this attack and to those members of the public who assisted those injured.

“Our role in these circumstances is to establish the circumstances surrounding the incident and we will be providing our evidence and an investigation report to the coroner and the Metropolitan Police in due course.

“It is also important that we establish what information the police had and how they responded to it in the days after Sudesh Amman’s release and prior to his death.”

The IOPC is carrying out a separate investigation into a crash between a Metropolitan Police car that was responding to the attack and two other vehicles.