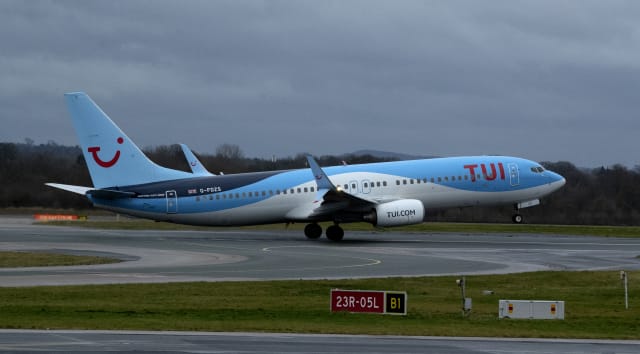 Holiday giant Tui has seen its shares soar after revealing its best ever monthly bookings in January thanks to the collapse of rival Thomas Cook.

Shares in Tui surged more than 12% as it said summer bookings in its markets and airlines arm are 14% up year on year in its first quarter to December 31, thanks to the record January performance.

It said the market share boost from the collapse of Thomas Cook was helping to offset the impact of Boeing’s move to ground the 737 Max fleet after two fatal crashes – which is now expected to remain in place at least mid-2020.

Tui upped its revenue outlook for the full year, saying that it is now expecting “high single-digit percentage” growth, having previously guided for mid single digits.

The group said it is set to get some compensation from Boeing for the plane grounding, though it is having to secure an extra 34 aircraft to cover the lost capacity this year.

It posted a 77% drop in group underlying earnings for the quarter, to 147 million euros (£124.1 million), as it pumped investment into its growing holiday experiences business, while it also took a 45 million euro (£38 million) hit from the 737 Max plane issue.

But given that the bookings boost from Thomas Cook is among factors helping compensate for this, the group said annual underlying earnings are now expected in the range of 850 million euros (£717 million) to 1.05 billion euros (£886 million).

The company had warned in December that annual earnings could be dragged down as low as 680 million euro (£574 million).

Tui said: “Full-year 2020, in terms of booking trends, has started exceptionally well, with the UK delivering its best bookings volume month in the company’s history.

“We are pleased with customer booking development to date for both programmes; however, the Boeing 737 Max grounding continues to weigh on our operational performance, with an extended grounding now expected for the rest of the financial year.”

Greg Johnson, an analyst at Shore Capital, praised an “encouraging statement” from Tui.

He said: “Booking trends across the group are favourable, especially in the UK.”