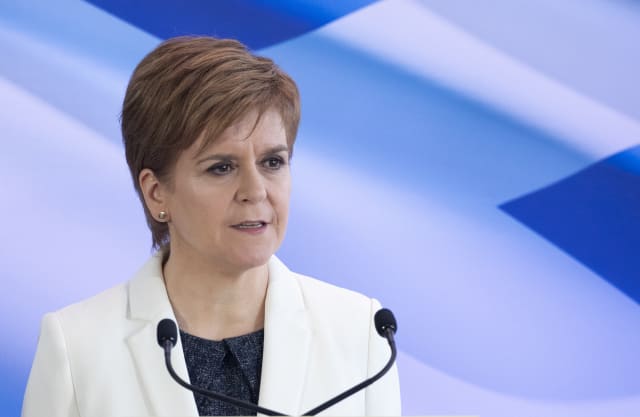 Scotland’s First Minister has said it is “vital” that a crucial UN climate summit in Glasgow later this year is a success.

Nicola Sturgeon told the Countdown to Cop26 event in London that the Scottish government would work “closely and constructively” with the UK Government to deliver on the Cop26 talks in November.

Asked about Boris Johnson’s handling of the UN climate talks so far, she said she was “concerned” about the sacking of Claire O’Neill as president of the summit – but hoped those concerns would be laid to rest when a new person is appointed to the role this week.

And in the wake of claims about turf wars and dispute between the Scottish and UK governments and their leaders, she said: “There are plenty of issues Boris Johnson and I can have squabbles about.

“This really should not be one of them.”

She said: “I personally and my government are committed absolutely and unequivocally to working closely and constructively with the UK Government and with other partners in preparing for the Cop26.

“It’s vital that Cop is a success, it’s a massive opportunity and we have a duty – and I take that duty as First Minister of Scotland very seriously – to do everything we can to make it a success because that’s certainly in Scotland’s interest, but it’s in the interest of the UK as a whole and most importantly in the interest of the planet.”

Ms Sturgeon said Cop26 was even more important than the talks that secured the Paris Agreement on tackling climate change in 2015, because of the urgency of the climate emergency.

“We must come out of the Cop with a global agreement that is not just about the targets we’re seeking to meet, but detailed plans and actions the world is committed to that at an absolute minimum will meet the obligations of the Paris treaty.”

The First Minister said Scotland had world leading targets to cut emissions to net zero by 2045, had produced a budget that would help the country move swiftly towards that, and added that the shift must be done in a way that was fair to people.

The UN-led summit is due to take place at the Scottish Events Campus between November 9 and November 19.

Ms O’Neill criticised both the Scottish Government and Prime Minister Boris Johnson after she was relieved of her post just days before the conference’s official launch.

She claimed the Scottish Government had “acted disgracefully” over its booking of the Glasgow Science Centre – on the opposite side of the River Clyde from the venue – for use as its base during the event despite assertions by ministers that the booking only happened after organisers had secured the sites they needed.

The former Government minister and MP also accused the Prime Minister of “heartily and saltily” denying Ms Sturgeon a role in the summit.