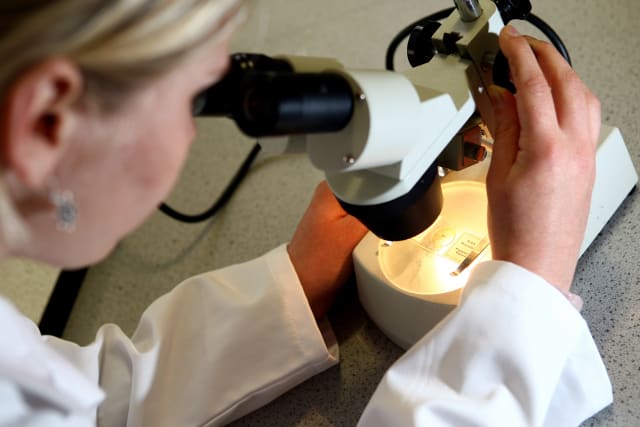 A tiny molecule that plays a key role in “rewiring” cancer cells could be the reason why most bile duct cancers are resistant to chemotherapy, scientists believe.

Researchers have discovered that the molecule, known as micro RNA, reconfigures the “signalling networks” in bile duct cancer cells, allowing them to survive the onslaught of chemotherapy.

The team believes developing drugs to target this micro RNA could make chemotherapy much more effective.

Professor Paul Workman, chief executive of the Institute of Cancer Research in London and the study’s co-author, added: “Bile duct cancer is becoming increasingly common around the world and survival rates are very poor, so there is an urgent need to develop better therapies for people with advanced disease whose treatment stops working.

“This new study shows the potential of targeting molecules called micro RNAs as a new form of treatment for drug-resistant cancers.”

Unlike other forms of RNA, which translate the DNA code into proteins, micro RNAs are responsible for controlling the biological networks that cells use to exchange information.

While these signalling networks play an important role in the upkeep of healthy cells, the researchers found that a particular type of micro RNA, called MIR1249, causes cancer cells to co-opt this mechanism, making them resistant to chemotherapy treatment.

The researchers also found that 41% of bile duct cancers had increased levels of MIR1249, indicating “it could be playing an important role within these tumours”.

The team believes the next step will be to develop drugs that could act against MIR1249.

Study leader Dr Chiara Braconi, who carried out the research as Clinician Scientist at the Institute of Cancer Research, London, and is now Lord Kelvin Adam Smith Reader in the Institute of Cancer Sciences at the University of Glasgow, said: “It’s remarkable how such a tiny piece of RNA can play such a significant role in rewiring cancer cells so that they can resist chemotherapy.

“There is growing interest in the idea of developing drugs against RNA rather than against proteins, as studies like ours show the important role of micro RNA in cell signalling.”

Around 2,600 people are diagnosed each year with bile duct cancer, according to Cancer Research UK.

The study is published in the journal Hepatology.