Queen returning to London from Sandringham 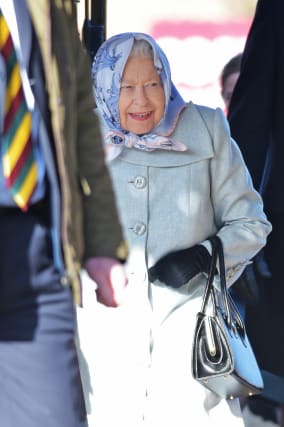 The Queen is returning to London following her winter break in Sandringham.

The monarch, dressed in a pale blue patterned headscarf and blue coat and carrying her trademark black handbag, was pictured at King’s Lynn railway station in Norfolk.

The 93-year-old head of state’s annual stay on her private estate was less peaceful than usual.

She held a “Megxit” crisis summit in early January, resulting in the Duke and Duchess of Sussex quitting royal life and dropping their HRH styles for a life of financial freedom.

The Queen was heading back to London on the day the news was confirmed that her eldest grandson Peter Phillips has split from his wife Autumn.

He will be the first of her grandchildren to divorce.

This year, she reached her 68th year on the throne – and is only two years away from her platinum jubilee.