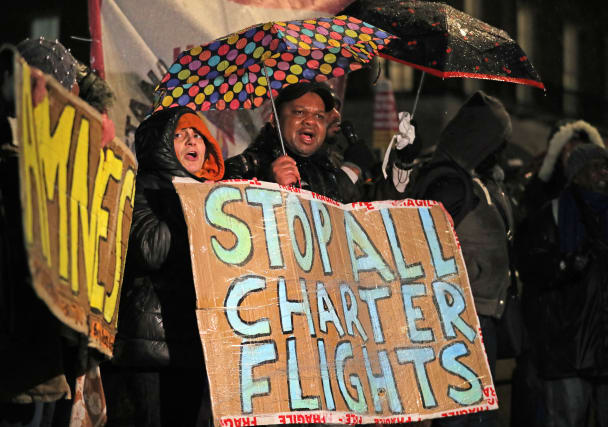 The Home Office has proceeded with a planned deportation flight to Jamaica, which had been subject to a legal challenge.

This is despite a Court of Appeal judge ordering the Government department not to deport many of the detainees due to board the plane amid concerns over their access to legal advice.

A Home Office spokesman said: “We make no apology for trying to protect the public from serious, violent and persistent foreign national offenders.

“The court ruling does not apply to all of the foreign national offenders due to be deported and we are therefore proceeding with the flight.”

On Monday night a Court of Appeal judge ordered the Home Office not to carry out the scheduled deportation amid concerns mobile phone outages had prevented detainees from having access to legal advice.

Lady Justice Simler said those detainees should not be removed unless the Home Office is satisfied they “had access to a functioning, non-O2 Sim card on or before February 3”.