Half of adults ‘take mobile phone to the toilet’ 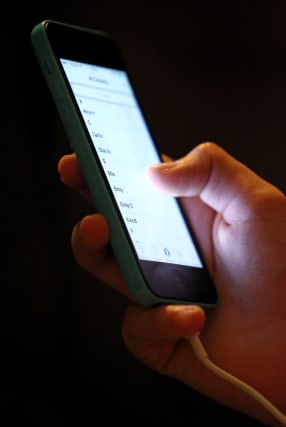 Half of UK adults take their mobile phone with them to the toilet, an insurer has found.

Some 50% of people surveyed for Direct Line Home Insurance said they do this, while one in six (16%) take their tablet with them and 4% use their games console.

As well as the health and hygiene risks, the survey of more than 2,000 people found that many may also suffer financial loss by taking expensive items with them into the bathroom, due to items being lost or broken and having to call out a plumber.

Two-fifths (40%) have accidentally dropped an item down the toilet or sink, with mobile phones and jewellery being the most common items, followed by money, keys, debit and credit cards, and wrist watches.

Nearly a quarter (22%) of those who dropped a piece of jewellery down a sink plughole or toilet could not retrieve it.

While the vast majority of people who dropped their mobile phone were able to retrieve it, in 43% of cases it was damaged or broken.

Dan Simson, head of Direct Line Home Insurance, suggested people should check the terms of their insurance to see if they are covered for accidental damage.

He said: “As a nation we are so addicted to our mobile devices that we even take them to the toilet.

“Alongside the health risk of using these devices on the lavatory, taking them to the bathroom will be costly if they are dropped down the toilet or into the sink.”

Here are the percentages of people surveyed across the UK who take their mobile with them to the toilet, according to Direct Line Home Insurance: