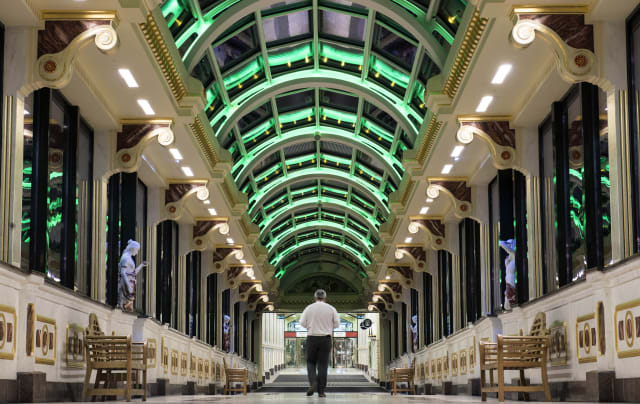 London’s markets were lifted by the rising tide on Tuesday as global markets turned a blind eye to the outbreak of coronavirus, and sent stocks soaring.

The blue chip index rose despite a strong showing from the pound, which bounced on the news that UK GDP had remained flat in the fourth quarter of the financial year.

“Europe maintained its arbitrary optimism throughout the session,” said Connor Campbell, an analyst at SpreadEx.

He added: “Like pretty much every day since the coronavirus became a major market concern, Tuesday has seen just as much debatable ‘good’ news for investors to glom onto as unquestionable bad news for them to try and ignore.

“Nevertheless, investors’ appetite to keep buying – alongside the hopes that the world’s central banks are prepared to step in to dull the impact of the outbreak – produced another strong rebound for the European indices.”

In company news, it has been a roller-coaster week so far for two London-listed businesses.

First up, NMC Health went from being the FTSE 100’s biggest riser by some distance on Monday, to the biggest loser on the index. The company lost 148p, giving back much of the 226.2p it had gained the day before.

On Monday the under-pressure business revealed that it had “received highly preliminary approaches” from two potential suitors, sending shares soaring. However one of these investors, KKR, burst the bubble on Tuesday after saying it was not interested and will not bid for NMC.

Meanwhile, Intu properties, which was the second highest riser on the London markets on Monday, became the biggest loser, after Hong Kong-based retail property investor Link Real Estate Investment Trust pulled out of talks over an emergency cash call, just a day after confirming discussions between the pair.

Not to be outdone, on the other side of the spectrum Tui’s shares took off by 13%, gaining 111.8p as it closed the day at 967.8p off the back of some strong results.

The company revealed its best ever monthly bookings in January thanks to the collapse of rival Thomas Cook. It said summer bookings in its markets and airlines arm are 14% up year on year in its first quarter to December 31, thanks to the record January performance.

Online supermarket Ocado rose by 37.5p to 1,254.5p as it revealed that the huge fire at its Andover warehouse contributed to a £214.5 million loss for the year.

Some of the money will be recouped through insurance payments of around £90 million, but the increased loss is also due to heavy spending by the business as it builds more fulfilment centres.