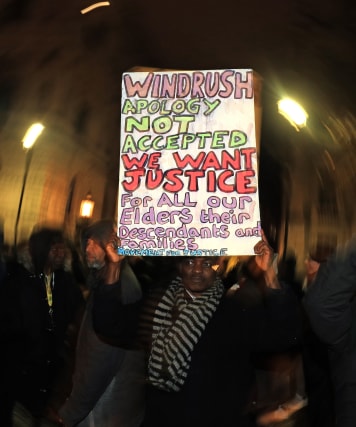 The legal battle between the Government and human rights campaigners over planned deportations from the UK to Jamaica continues.

But many questions put to Government officials still remain unanswered over the circumstances of the flight and who was due to be on board.

– How many of the people due to be on Tuesday’s flight arrived in the UK as children?

Written in June 2019 a leaked copy of the Windrush Lessons Learned Review document, which is yet to be published but has been seen by PA, said the Government should consider ending deportations of those who arrived in the UK as children under the age of 13.

It said deportation should “only be considered in the most severe cases”.

– Do any of the detainees have indefinite leave to remain in the UK?

This is not yet known. The Home Office insists all those involved are foreign offenders who are not British.

But it would not say whether any had been granted indefinite leave to remain.

A spokeswoman said each case would have been carefully considered.

– The deportation flight to Jamaica did take off on Tuesday, but with only 17 people on board in light of a last minute court ruling. Which airline chartered the flight and from which airport?

The Home Office refused to provide this information, saying it would not say which airline was involved because this was commercially sensitive and the name of the airport would not be provided for “operational reasons”.

– What happened to the other people due to be deported?

Initially 50 were expected to be forcibly removed from the UK but in the end 17 left on Tuesday’s flight. The Government said the court ruling has temporarily stopped 25 other people being deported.

The legal action was brought over fears those being held in detention centres in Heathrow may not have been given adequate access to legal advice because of problems with phone signal.

Meanwhile several other separate legal challenges were being brought to court on Monday on individual cases. It is understood the remaining eight people are having their cases reviewed after they made fresh legal representations over their circumstances. As a result they were not put on the plane and remain in detention centres while their cases are considered and this could lead to releases.

– How much did the Home Office pay for the flight?

The Prime Minister’s official spokesman said the legal challenges over the flight had cost the public hundreds of thousands of pounds.

The Home Office has not confirmed how much it had paid for the flight.