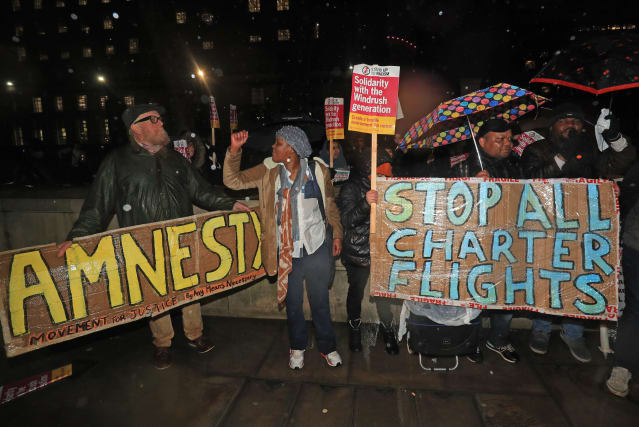 A Court of Appeal judge has ordered the Home Office not to carry out a planned deportation amid concerns mobile phone outages had prevented detainees from having access to legal advice.

A flight to Jamaica carrying about 50 people was scheduled to take off at 6.30am on Tuesday, but a last minute legal challenge by human rights groups means many of the intended passengers cannot yet be removed.

But Bella Sankey of Detention Action wrote on Twitter that a number of people “clearly covered” by the Order had been “removed to the airport”.

She tweeted: “We are speaking to individuals clearly covered by the Court of Appeal order prohibiting their deportation who have been removed to the airport and told they are being deported.

“@ukhomeoffice are you really going to try and break the law tonight?”

Earlier, she said: “We are delighted that tonight the Court of Appeal has twice stood up for fundamental rights and access to justice.

“If the Government wants to show strength and leadership it will now reflect with humility and accept calls for its flawed detention and deportation systems to be fundamentally reformed.”

On Monday evening the Home Office was ordered not to deport anyone held in two detention centres close to Heathrow – Colnbrooke and Harmondsworth – amid concerns mobile phone outages had prevented access to legal advice.

Lady Justice Simler said those detainees should not be removed unless the Home Office is satisfied they “had access to a functioning, non-O2 Sim card on or before February 3”.