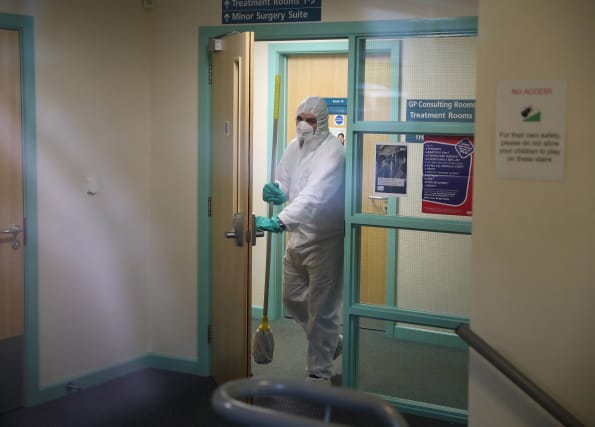 The number of people in Scotland tested for coronavirus has doubled in 48 hours, according to the latest figures.

Statistics published by the Scottish Government on Tuesday afternoon show 82 people in Scotland have been tested and all returned negative results.

This is up from 41 tests on Sunday and 57 on Monday, and follows labs being set up at Glasgow Royal Infirmary and the Royal Infirmary of Edinburgh to test patients in Scotland.

Scotland’s Chief Medical Officer Dr Catherine Calderwood said while there have been no confirmed cases north of the border so far there is a “high likelihood” a patient will test positive for the disease in future.

Across the UK, there have been eight confirmed cases and a total of 1,350 negative results.

Many of the UK cases are linked to businessman Steve Walsh, who in a statement from hospital said he is “fully recovered” and praised the NHS.

The 53-year-old, from Hove in East Sussex, contracted the virus at a conference in Singapore and is linked to at least five further cases in the UK, including two doctors.

He stopped at a French ski chalet on his way back to the UK, where five Britons were subsequently infected with the virus, and is also linked to a case in Majorca.