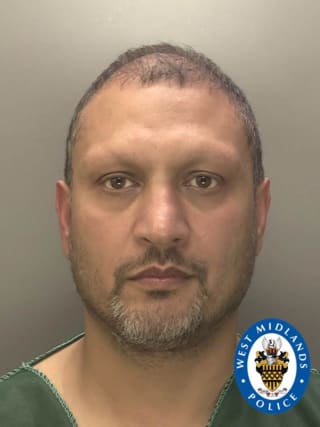 A businessman who stabbed to death a support worker after becoming depressed has admitted manslaughter on the grounds of diminished responsibility.

Inderjit Ram, whose firm offering residential support to vulnerable adults was on the brink of collapse, used a kitchen knife to kill his 63-year-old colleague Belinda Rose during a meeting at one of his properties.

Birmingham Crown Court was told Ram, 52, handed himself in to police shortly after the killing in the Perry Barr area of the city on August 17 last year.

Judge Kristina Montgomery QC heard the victim, from Walsall, had gone to a supported living home to meet Ram where she was stabbed five times in the torso before being left on a sofa.

Explaining the Crown’s decision not to proceed with a murder charge and accept a plea to manslaughter, prosecutor Adrian Keeling QC said two psychiatric experts had said Ram was suffering from an impairment of mental function.

Mr Keeling told the court Ram had received a six-month custodial sentence after being convicted of violent disorder while he was still at school, but had gone on to obtain a degree in chemistry.

Ram then started a business providing support for vulnerable adults but was diagnosed with depression in 2007 and had “struggled on and off” despite help from his GP.

Mr Keeling told the court: “On any view, the business he was running was on the verge of collapse.

“Belinda Rose worked for him as a support worker and it seems that the defendant’s relationship with the deceased was both amicable and good.”

Mrs Rose, who the court heard was held in universal high-regard by those she worked with, agreed to meet Ram at a property in Pendragon Road, one of a number run by his company, to discuss apparent difficulties at the firm.

Although Ram had asked his victim to lend him money, Mr Keeling said the reason for the stabbing was not known.

Mr Keeling said: “No one else was present at that meeting. It’s not known why, but at some point the defendant attacked Mrs Rose.

“It is clear that there must have been an argument. The exact trigger for that argument is unclear.

“There is nothing to suggest that the defendant had gone to that meeting with the intention of serious violence of any nature.”

He then contacted his wife and attended a police station around an hour later, telling an officer he had stabbed the deceased.

Remanding Ram in custody for sentencing on a date yet to be fixed, Judge Montgomery said: “The court requires further information before the sentence that is required to be passed on you.

“You must understand you will receive a substantial sentence.”

Commenting after the court hearing, Detective Inspector Hannah Whitehouse, of West Midlands Police, said: “The family of Mrs Rose have been left without a mother and grandmother and she was also due to get married to her long-term partner.

“Although Ram has accepted his responsibility for the death of Belinda with his plea, it will never bring her back. However, I hope it brings some closure to her family.”