What legal powers is the UK using to help tackle coronavirus? 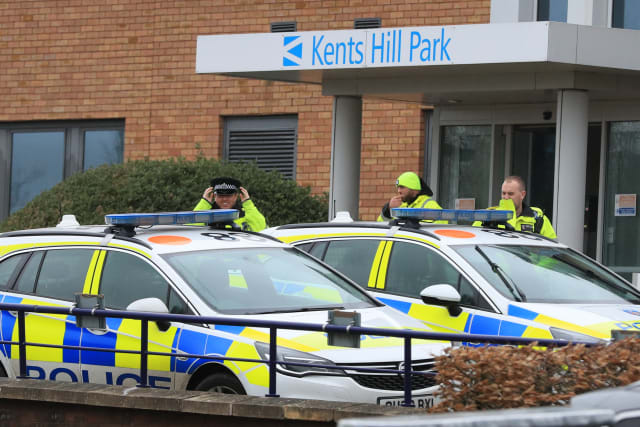 The Department of Health and Social Care (DHSC) has declared that the coronavirus outbreak represents a “serious and imminent threat to public health”.

But what does this mean, and how does it affect the response to cases of the virus in the UK?

– What is the impact of the Government’s latest announcement?

The DHSC said following its declaration that the risk to the public had not changed, but it was “strengthening” regulations over safety and to help health professionals.

Arrowe Park Hospital in Merseyside and Kents Hill Park in Milton Keynes, both housing Britons who have returned from Wuhan in China, the source of the coronavirus outbreak, are now designated “isolation facilities”, the Government said.

– Why was the announcement made now?

The PA news agency understands that the Government’s move was in response to one of the Britons who returned from Wuhan attempting to leave isolation at Arrowe Park.

This is despite all the Britons who returned on a evacuation flight signing a contract agreeing to a 14-day quarantine period.

There were concerns over whether those contracts are legally enforceable, leading to the new regulations.

– How many people have been infected in the UK?

A total of eight people have tested positive for coronavirus in the UK.

On Monday, the Government revealed four more cases, who are all understood to be contacts of a businessman diagnosed in Brighton last week and who contracted the virus at a conference in Singapore.

On his return to the UK, the businessman visited a chalet in a ski region of France, where five other Britons were subsequently taken ill with the virus.

The group of newly diagnosed cases in the UK, reported to be three men and one woman, contracted the virus in France and are being treated at St Thomas’ and the Royal Free hospitals in London.

Another UK case, diagnosed on Sunday, also being treated at the Royal Free, is “a known contact of a previously confirmed UK case, and the virus was passed on in France”, England’s chief medical officer, Professor Chris Whitty said.

Elsewhere in the UK, a University of York student and their relative are still being treated at the Royal Victoria Infirmary infectious diseases centre in Newcastle.

There have been more than 40,000 cases of the virus globally, mostly in China where the death toll stands at 908.

The five British nationals being treated in France, diagnosed after they came into contact with the businessman, are not in a serious condition.

British honeymooner Alan Steele was transferred from the quarantined Diamond Princess cruise ship to hospital in Japan with coronavirus where he is said to be feeling well.

There are a total of 130 confirmed coronavirus cases on board the ship in the port of Yokohama.

– How fatal is coronavirus?

The MRC Centre for Global Infectious Disease Analysis has estimated that just under a fifth of known cases of the new coronavirus in China may be resulting in death.

The case fatality ratio (CFR) for people in Hubei province is 18%, researchers suggested.

They estimated the CFR is much lower in travellers outside China – at between 1.2 and 5.6% – with the overall CFR in all infections, both asymptomatic and symptomatic, is around approximately 1%.

Researchers said the estimates should be viewed “cautiously” as the “sensitivity of surveillance of both deaths and cases in mainland China is unclear”.

The death toll in China from the coronavirus has surpassed severe acute respiratory syndrome (Sars) fatalities in the 2002-2003 outbreak, which had a mortality rate of 10%.