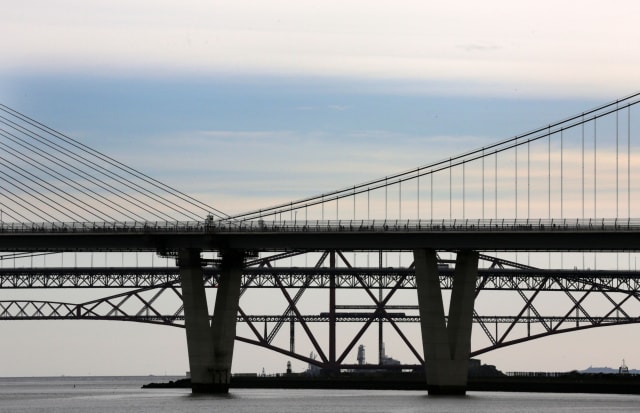 Falling ice and snow has forced the closure of the Queensferry Crossing, with eight cars damaged in the severe weather.

Operators Amey said the key route would be shut until further notice as a safety precaution due to ice falling from the cables.

Motorists travelling southbound were advised to divert via the A985 to the Kincardine Bridge and the M9, and the reverse for northbound traffic.

The bridge is expected to remain closed throughout the Tuesday morning rush hour.

Mark Arndt from Amey said: “We are aware of eight vehicles that suffered damage due to falling ice and snow, however there have been no injuries reported.

“We appreciate this closure will create disruption for drivers, however, we are asking drivers to use an alternative mode or route for their safety due to the continued weather conditions.

“We will assess conditions and open the bridge at the earliest opportunity once it is safe to do so.”

Met Office yellow warnings for wind, snow and ice remain in place through to Wednesday.

Cross-border train services were hit by flooding on the west coast mainline near Carlisle, with replacement buses in place between Carlisle and Glasgow.

The conditions also affected the West Highland Line and Airdrie to Balloch service, while buses replaced trains between Dumfries and Carlisle.

Heavy snow showers caused problems on some roads, with traffic restricted to one lane on the M90 at Kelty in Fife and blizzard conditions reported on the M74 at Beattock.

Further north on the M74, five people were injured in a crash involving three cars and a lorry.

The motorway was closed northbound between Junction 6 and Junction 9 after the accident between the Larkhall and Hamilton turnoffs shortly after 9am. It was later reopened.

More than a dozen ferry services were cancelled due to the high winds with others delayed or rescheduled.

Meanwhile a group of four had to be rescued from Ben Nevis in the Highlands after getting caught in “horrendous” blizzard conditions without the proper kit.