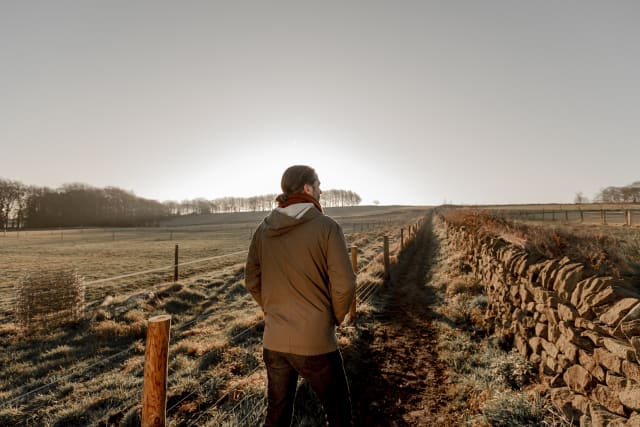 People are being urged to help identify thousands of miles of lost footpaths across England and Wales before time runs out to add them to official maps.

The Ramblers said there are an estimated 10,000 miles of historic paths, which people have used for centuries, that are missing from modern maps and are at risk of being lost forever.

If they are not claimed by 2026, the Government cut-off date after which time it will no longer be possible to add them to the maps, the public’s right to access them will not be protected in the future, the walking charity warned.

Walkers, historians and map enthusiasts are being urged to become “citizen geographers” and join the search for the lost pathways before it is too late, using an online mapping tool set up by the Ramblers.

The Don’t Lose Your Way mapping project will give the Ramblers a true picture of the number of paths missing from the map, which the charity said will help it prioritise those which they should try to register with local authorities before the deadline.

Some of the “lost” paths are still in use, despite not showing up on modern maps, while others have become overgrown and unusable.

They range from a section of Fincham Drove in Norfolk, an ancient way in use as early as 2,000 BC, to a currently well-used and way-marked track near Knightwick, Herefordshire.

They also include an overgrown path to the listed St Gluvias Well in Penryn, Cornwall, and a “missing mile” of the Markway in Hampshire which vanished when a Hurricane fighter base was built in the Second World War.

None of the missing paths made it onto the official definitive maps that councils were required to draw up in the 1950s, detailing all rights of way in their area.

The Ramblers said many of the lost rights of way could make useful additions to the existing network of footpaths, creating new circular walks or making it easier for people to access local green spaces and countryside.

Jack Cornish, Ramblers Don’t Lose Your Way programme manager, said: “Our paths are one of our most precious assets.

“They connect us to our landscapes – ensuring we can explore our towns and cities on foot and enjoy walking in the countryside – and to our history and the people who formed them over the centuries.

“If we lose our paths, a little bit of our past goes with them.

“This is our only opportunity to save thousands of miles of rights of way and time is running out.”

Stuart Maconie, president of the Ramblers, said: “Public rights of way are our birthright and genuine national treasures. That is why the Ramblers Don’t Lose Your Way campaign is so important.

“We must find and record and walk these sometimes ancient ways and preserve and protect them and the spaces they open up for ourselves and generations of walkers to come.”

Once the paths have been found using the online tool, which allows people to compare one kilometre squares of historic and current maps to “spot the difference” , more volunteers will be needed to research and submit applications to local authorities to get them restored to the map.

The Ramblers are also calling on the Government to extend the deadline for registering historic paths by at least five years.

To help with the search, people can visit: www.ramblers.org.uk/dontloseyourway