Royals team up for visit to Defence Medical Rehabilitation Centre 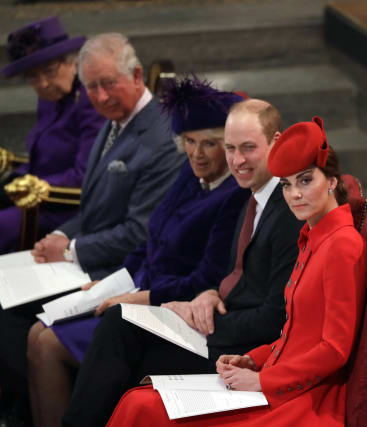 The Prince of Wales and Duchess of Cornwall will carry out a rare joint engagement with the Duke and Duchess of Cambridge when the royals visit the new Defence Medical Rehabilitation Centre (DMRC).

Charles, Camilla, William and Kate will be given a tour of the facility by its commanding officer Captain Alison Hofman, visiting some of the therapy areas, to meet patients undergoing gym rehab sessions, and the prosthetics workshop.

Run by the Ministry of Defence the centre at the Stanford Hall estate, near Loughborough, began admitting patients in October 2018 and provides rehab treatment to serving military who have suffered battlefield, neurological or other injuries and illnesses.

DMRC Stanford Hall is part of the overall Defence and National Rehabilitation Centre (DNRC) programme which includes both a defence element and proposals for a National (NHS) facility on the same site.

William, who was patron of the DNRC appeal, attended the official handover of the newly built defence centre to the nation in June 2018.

Later during their awayday in the Leicester area, Charles and Camilla will visit the city’s centre to meet stallholders and members of a local women’s charity, attend a performance by local schoolchildren to celebrate the diversity of the city and unveil a commemorative plaque in the new market square.

The prince will then attend a reception to launch the Midlands chapter of the British Asian Trust, in his role as the organisation’s founding patron.

While the duchess, who is president of Royal Voluntary Service (RVS), will visit Leicester General Hospital to take part in the RVS’ Big Trolley Push recruitment campaign, where she will be joined by West End musical star Elaine Paige.

Charles will celebrate craftsmanship when he visits a workshop, said to be the last in Britain producing rattan products, and then he will be joined by wife Camilla for a visit to the Cambridge Satchel Company.