Patients of coronavirus-hit healthcare workers in Brighton being traced 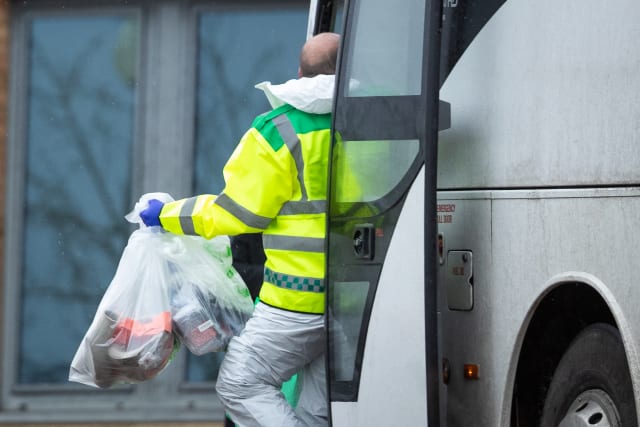 Officials are working to trace patients of two healthcare workers who are among eight people in the UK to be diagnosed with coronavirus.

The pair, who were working in general practice in Brighton, are believed to have been in contact with around a dozen patients.

They were two of four new cases announced on Monday, all of whom contracted the virus in France and are now being treated at specialist infection centres at St Thomas’ and the Royal Free hospitals in London.

Speaking about the latest cases, World Health Organisation director general Tedros Adhanom Ghebreyesus said they were “concerning instances of onward transmission from people with no travel history to China”.

He warned such spread “could be the spark that becomes a bigger fire”, and warned countries to work to contain the virus “to prevent a bigger fire”.

In a statement on Monday, Public Health England medical director Yvonne Doyle said: “We are now working urgently to identify all patients and other healthcare workers who may have come into close contact, and at this stage we believe this to be a relatively small number.”

The Guardian reported that the four people are three men, one of whom is a doctor, and one woman.

As the new cases were announced, the County Oak Medical Centre in Brighton closed its doors “because of an urgent operational health and safety reason”.

One of those newly-diagnosed is reportedly a health worker there.

Professor Martin Marshall, Chair of the Royal College of GPs, said: “Patients should not be alarmed as it is still more likely that anyone with flu-like symptoms will have the flu.

“However, in light of the members of staff who tested positive for coronavirus in Brighton we’d like to remind the public that it is vital that any patient who thinks they may have symptoms does not try to attend a GP appointment or hospital emergency departments in person.

The four new UK cases were announced as the Government declared coronavirus a “serious and imminent threat to public health”.

Announcing new legal powers on Monday, the Department of Health said people with coronavirus can now be forcibly quarantined, and can be forcibly sent into isolation if they pose a threat.

The PA news agency understands that the decision was in response to one of the Britons who returned from Wuhan in China, the source of the coronavirus outbreak, attempting to leave isolation at Arrowe Park Hospital on Merseyside.

Officials stressed that the risk to the public has not changed.

Britons who have been flown back from Wuhan are currently being held at Arrowe Park Hospital and Kents Hill Park in Milton Keynes.

The first two people in the UK confirmed to have coronavirus – a University of York student and their relative – are still being treated at the Royal Victoria Infirmary infectious diseases centre in Newcastle.

Researchers in China have said the virus can have an incubation period of up to 24 days.

Currently, the World Health Organisation estimates the incubation period to be up to 14 days, and recommends that the follow-up of contacts of confirmed cases is the same period.

British Airways became the latest airline to extend its suspension of flights serving Beijing and Shanghai.

It said on Monday that it has cancelled flights to and from the cities until March 31, following in the footsteps of Virgin Atlantic which last week said it will not operate its Heathrow-Shanghai route until March 28.

There have been more than 40,200 cases of the virus globally, mostly in China.

The death toll is more than 900, with all but one of those in China.