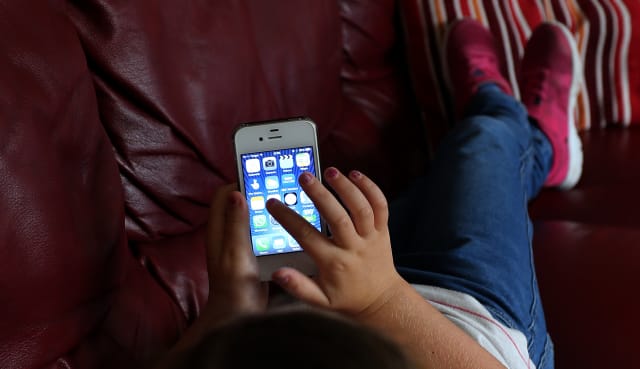 More than a third of children find it easier to be themselves online than offline, according to a new survey coinciding with Safer Internet Day.

Thirty eight per cent said they see the internet as a safe space to explore and grow, but many also shared concerns about the behaviour of others and the need to create secondary accounts to protect themselves.

Nearly half (47%) of eight to 17-year-olds who took part said they think it is important to “fit in” online, while 61% believe the internet puts pressure on people to come across as perfect.

A Young Persons’ Charter is to be presented to almost 40 MPs and Government officials at Westminster on Tuesday, with a list of requests from young people about making the internet a more inclusive place, such as establishing better protection online and industry accountability.

One in seven of the 2,001 young people questioned by the UK Safer Internet Centre said it is easy for individuals to be abusive online, leading 62% to be cautious about what they share.

While almost a third like to create a second account on the same platform for positive and creative purposes, 40% say they do so in order to change how they are seen online and 36% because someone had been mean to them.

Will Gardner, director of the UK Safer Internet Centre, said while the internet holds many positive experiences for children, we must also acknowledge “the pressures, challenges and limits” it can also bring.

“It is so important for all of us – adults, businesses, and government – to support young people to harness the internet for good and make it a place where everyone is free to be themselves,” he explained.

Despite concerns, almost half (49%) believe the internet contributes to their identity, with a similar number suggesting it helps them feel better emotionally or less alone, while others admitted they would be lost without the internet altogether.

The survey also shines a light on experiences of disabled young people, 54% of whom said they find it easier to be themselves online than offline.

Meanwhile, a quarter of 13-17-year-olds say they have been targeted with online hate in the last month because of their gender, sexuality, race, religion, disability or gender identity.

“But social media companies must be held accountable for protecting their users from harms on their platforms, including grooming, hate crime, and terrorist content.

“That is exactly why we are working on legislation to make the UK the safest place in the world to be online.”