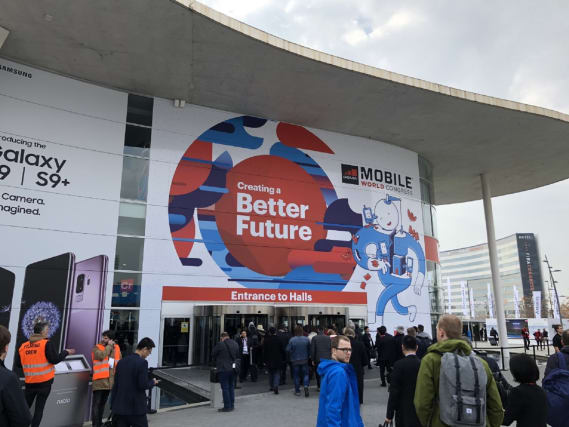 The annual event, one of the biggest in the industry’s calendar, is due to take place in Barcelona between February 24 and 27.

Show organiser GSMA has confirmed it will not permit anyone from Hubei province – where the virus is believed to have originated – into the event and will ask any attendees who have recently been to China to confirm they have been outside the country for 14 days prior to the convention.

It also confirmed that temperature screening will be in place during the trade show and it is encouraging those attending to adopt a “no-handshake” policy.

A number of high-profile companies, including LG, Amazon and Ericsson have already withdrawn from this year’s event because of fears about the spread of the virus.

According to the GSMA, as many as 6,000 people from China would be expected to attend.

China’s coronavirus death toll rose by 97 early on Monday to 908, with the number of confirmed cases on the country’s mainland increasing to 40,171. More than 360 cases have been also confirmed outside mainland China.

In a statement, the GSMA confirmed it still planned to go ahead with the convention.

“The GSMA knows that the coronavirus has created disruption, in particular for exhibitors and attendees from around the world, including the 5-6,000 (5-6%) who have historically attended from China.

“Our sympathy goes to all those affected. We are grateful for the preventative measures our Chinese exhibitors have put in place, notably ZTE and Huawei.

“Today, the GSMA is moving ahead as planned and will host MWC Barcelona 24-27 February 2020. While the GSMA confirm some large exhibitors have decided not to come to the show this year with others still contemplating next steps, we remain more than 2,800 exhibitors strong.”

The organisers had previously announced that it would increase the amount of medical personnel on-site during the event, and an increased cleaning programme would be in place alongside more visual prompts for attendees to regularly wash and sanitise their hands.

GSMA said that it was working the Spanish health authorities and other relevant agencies.

“The GSMA is seeking to reassure attendees and exhibitors that their health and safety are our paramount concern, by the following additional measures being put in place: All travellers from the Hubei province will not be permitted access to the event,” it said.

“All travellers who have been in China will need to demonstrate proof they have been outside of China 14 days prior to the event (passport stamp, health certificate).

“Temperature screening will be implemented. Attendees will need to self-certify they have not been in contact with anyone infected.”